• ­Check out the witness protection house.

"That scumbag McAffrey! He took more bribes than anyone! He thinks he's gonna get an honorable discharge if he turns state's evidence! He just squealed!"
— Ray Machowski

Silence The Sneak is a mission in Grand Theft Auto III given to Claude by corrupt police officer Ray Machowski from a public bathroom in Belleville Park, Staunton Island, Liberty City.

Ray is angry at Leon McAffrey (his former partner) for ratting on him about his ties with the Yakuza. He instructs Claude to head to Newport and torch McAffrey's safehouse to lure him outside and kill him. Claude is given 12 grenades to do the job. Claude heads to McAffrey's safehouse and lobs a grenade into an open window. The safehouse is torched and McAffrey attempts to escape in a Sentinel from the garage. Claude manages to defeat McAffrey in time with LCPD officers attacking him with AK-47s.

The reward for completing this mission is $30,000. The mission Arms Shortage is unlocked.

Ray Machowski telling Claude about his problems regarding Leon McAffrey.
Add a photo to this gallery 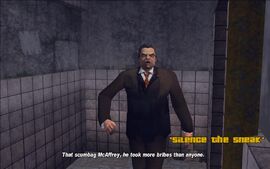 Claude arrives at the public toilets in Belleville Park, to find Ray going on a rant about a colleague of his, Leon McAffrey, who has supposedly been telling the police of Ray's alliance with the Yakuza. 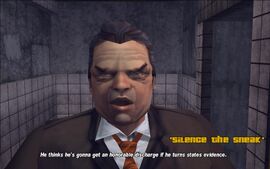 Ray tells Claude that McAffrey thinks he will no longer be threatened by the police for his corruption if he rats out Ray. 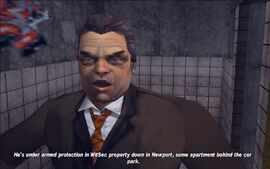 Ray informs Claude that McAffrey is hiding in an apartment building behind the Newport Multistory Car Park. 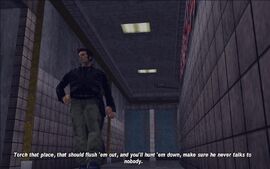 Ray hires Claude to go to McAffrey's hideout and murder him. 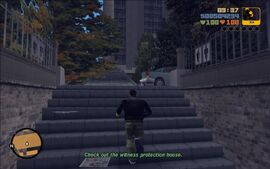 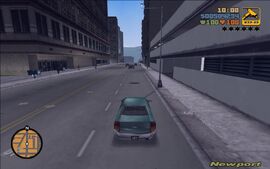 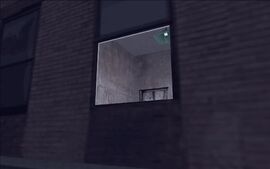 After arriving at the apartment building, Claude finds the window to McAffrey's room open. 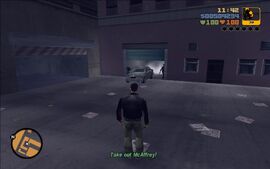 After Claude throws a grenade through the open window, McAffrey tries to escape the apartment building in a Sentinel and is accompanied by several police officers. 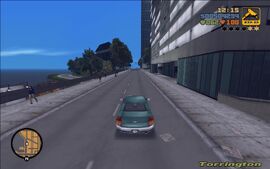 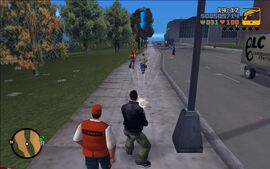 Claude killing McAffrey who is trying to escape on-foot after his vehicle has been destroyed. 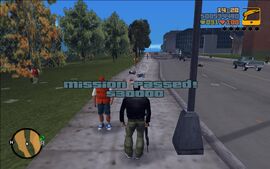 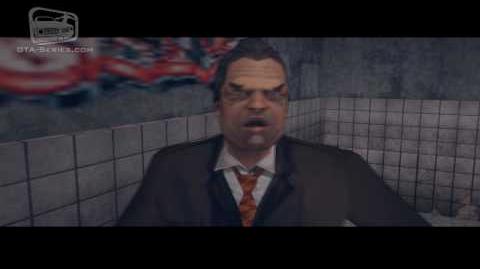 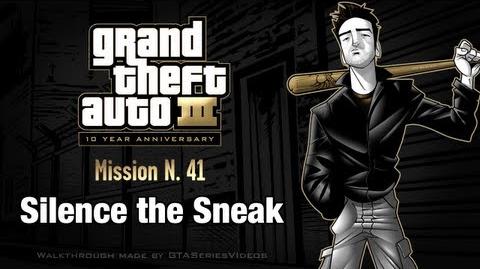 Retrieved from "https://gta.fandom.com/wiki/Silence_the_Sneak?oldid=1317378"
Community content is available under CC-BY-SA unless otherwise noted.