Steal a train using a Skylift.

Sidetracked is a heist setup mission in Grand Theft Auto V. It is required to begin the obvious approach in The Big Score heist.

Lester will send a text message to all the protagonists saying that he got an aerial crane to steal the train, one of them needs to divert the train in Davis Quartz and another one needs to use the Skylift to steal the train wagons and take it to Sandy Shores Airfield.

First use stealth mode to knock out the two guards that are guarding the railroad. Then go to the cabin and switch the train tracks to divert the next train. Once the train has arrived, the protagonist (Michael or Franklin), will call Trevor to tell him that the train is ready; if Trevor is the protagonist who diverted the train, he will call Michael. Switch to Trevor and use the magnet in the Skylift to steal the freight engine and any of the flatbed carriages and deliver it both in the Sandy Shores Airfield.

To collect the carriages, fly the helicopter directly above the carriage and paralleled to it. Once close enough to it, press the required button and the magnet will pull it. 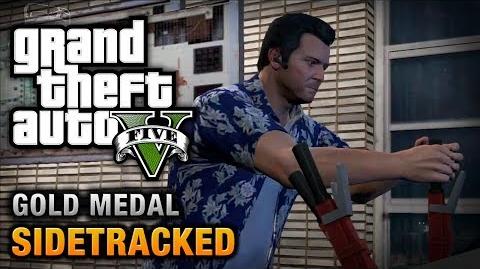 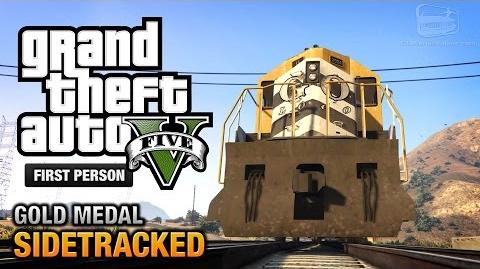 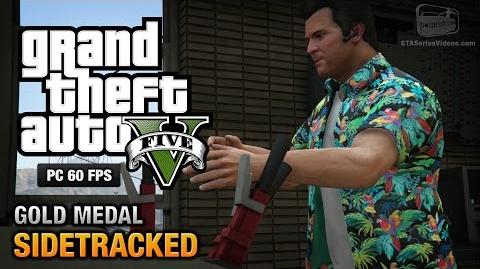