GTA Wiki
Register
Don't have an account?
Sign In
Advertisement
in: Businesses, Weapons, Businesses in GTA V,
and 4 more
English

Winchester Repeating Arms Company
“Leading manufacturer of firearms since the 19th century, including the rifle that either "won the West" or "slaughtered the indigenous population of the West" depending on which state you go to school in.”
— Description at Bawsaq.com

Shrewsbury was founded during the 19th century. Little else is known about it, as it is only mentioned in the BAWSAQ website as one of the businesses with stocks available to buy.

Shrewsbury's name alludes to the Winchester Repeating Arms Company, which took its name from the English city of Winchester. Shrewsbury is also a town in England. While Winchester is known mainly for rifle manufacturing, Shrewsbury has a much more diverse product range. The logo is likely derived from that of Browning Arms Company, as both feature the head of a buck. 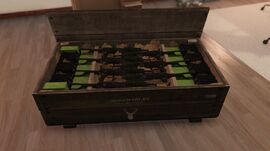 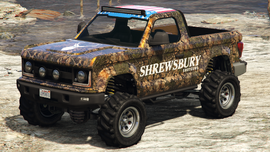 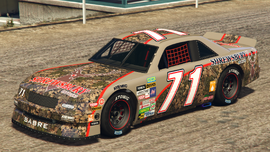