Shop 'til you Strop

Shop 'Til You Strop

In-game time
“You're late! Typical man. I want to go shopping, and you're driving. So help me, I'm gonna have some fun today. Even if it kills you!”
— Maria Latore

Shop 'til You Strop is a mission in Grand Theft Auto: Liberty City Stories given to protagonist Toni Cipriani by Maria Latore from her home in the Saint Mark's district of Portland, Liberty City.

After finding Toni's name and number in Salvatore's phone number book, Maria calls Toni, and tells him to come meet her at her apartment. Not wanting to upset the Don's girlfriend, he meets Maria at her one room apartment in the St. Mark's district.

Maria informs Toni, or "Fido" as she calls him, that he is going to take her "shopping" at a store in Portland View. As they arrive, however, Toni learns that Maria is actually shoplifting for fun, and is merely using Toni as a getaway driver in an event she is caught in the act.

After losing a one-star wanted level attained for the crime, Maria orders Toni to drive to another store on the outskirts of Chinatown, where she again steals items, to Toni's disapproval. Fed up with being robbed, a store personnel charges out with a shotgun and fires at the duo once before Toni and Maria manage to escape the scene, but acquire a three-star wanted level as a result. Maria orders Toni to return to her apartment, while fending off the police, to complete the mission (players do not need to lower their wanted level).

The reward for the mission is $100 and unlocks Taken For A Ride for Maria Latore. (The three-star wanted level also automatically is removed, which is also a reward.) 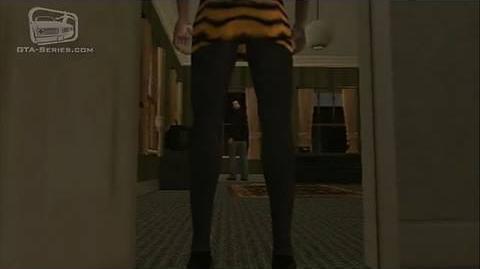 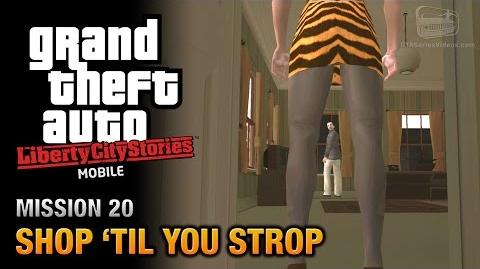 On the PS2 version, if you activate the Never Wanted Cheat at anytime before the mission, a glitch will appear when you go to the second shop: the cutscene will not play, it was just show your car outside the shop. If you press the X button it will go to the cutscene where Maria leaves the shop after she got caught stealing. The only way to override the glitch is to not put on the Never Wanted Cheat until after the second shop's cutscene.