Toni Cipriani about to go to the Yakuza compound in Aspatria

Toni Cipriani: "Sal, how's it going?"
Salvatore Leone: "Fuckin' bene! Just great! Number one, the new mayor is fixing it so I don't get bail. Number two, we're stuck fighting the God-damn Triads and Diablos. Number three, I hear that the fuckin' Yakuza are gonna make a play to take over the city! Other than that, everything is just peachy!"
—Salvatore Leone tells Toni Cipriani about how his day is going.

Salvatore, still irate at his imprisonment, continues to receive bad news. The Triads and Diablos are taking control of Portland Island, Miles O'Donovan won't allow him to go on bail and the Yakuza are arming themselves to move into Liberty City. Toni believes he can solve the problems and is told by Salvatore that the weapons are being held in Aspatria on Staunton Island. Toni drives to the compound, killing many Yakuza gang members, and steals a tank. He then takes the tank and destroys it, either by dumping it in the water or taking it to 8-Ball's bomb shop, fitting it with a bomb and detonating it, destroying the tank.

The reward for completing the mission is $3,000 and the More Deadly Than the Male mission for Toshiko Kasen.

The Yakuza gang will also become hostile towards Toni and will shoot at him on sight if Toni drives around their turf.

Toshiko Kasen: Is this Mr. Cipriani?

Toni Cipriani: Who's this? How'd you get my number?

Toshiko Kasen: If one puts their mind to it, one can achieve much. I shouldn't have to tell you that, Mr. Cipriani. I need your help in a delicate matter. For this help you will be richly rewarded. I will explain when you arrive at my apartment in Torrington. 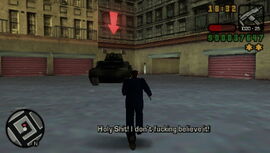 Toni Cipriani realising the Yakuza have a tank in their compound 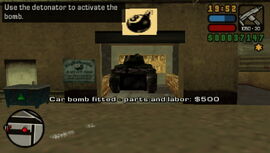 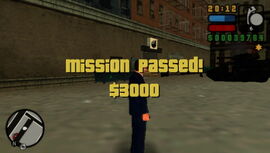 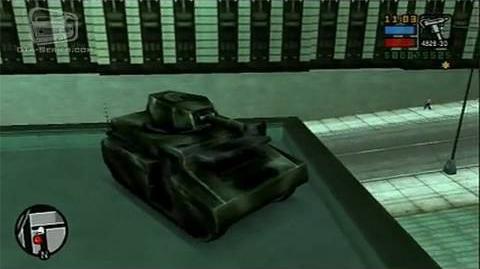 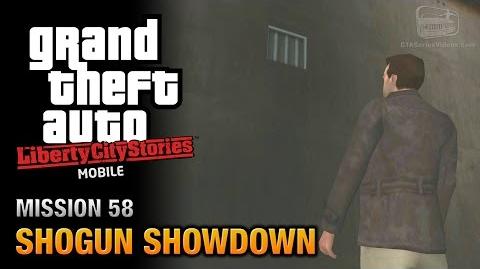