Shitzu is primarily based on Japanese sport bike manufacturer Suzuki, though some Shitzu motorbikes are based on Honda and Kawasaki.

The name is a common misspelling of the 'Shih Tzu' a Chinese dog breed (despite the company's Japanese origins), although it is possibly intended as an euphemism for shit, an example of Rockstar's toilet humor. Additionally, the logo resembles a stylized mound of fecal matter.

Shitzu also manufactures a few speedboats, some of them initially manufactured by Grotti in Grand Theft Auto IV. 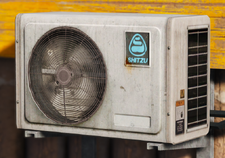