In-game time
“The business's fortunate enough to have our protection settle their accounts today. Go and collect the money immediately, so we can enter it into the casino accounts.”
— Kenji Kasen

Shima is a mission in Grand Theft Auto III, given to protagonist Claude by Yakuza co-leader Kenji Kasen from his casino in the Torrington district of Staunton Island, Liberty City.

Claude drops by the casino looking for more work from Kenji. Kenji tasks Claude to go and collect protection money ready for them in different locations.

He then goes to the third location; a supermarket in Belleville Park. The person inside says that he couldn't pay the money since some gang ransacked the place and took everything. Because of this, Claude drives to the gang's location, Hepburn Heights in Portland Island. Claude then finds out it is the Diablos who ransacked the place. He kills every Diablo in sight, and collects the briefcase containing the money. He makes his way back to the casino.

The monetary reward for this mission is $10,000. The mission Smack Down is unlocked. 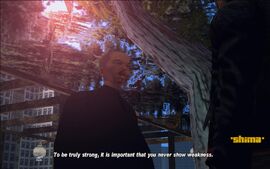 Claude arrives at Kenji's Casino in Torrington. Kenji welcomes him with words of wisdom. 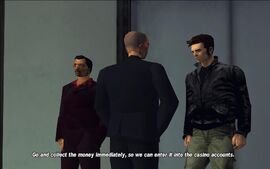 Kenji tells Claude that their protected businesses will be paying their protection fees today and Claude will have to go around Staunton Island collecting them. 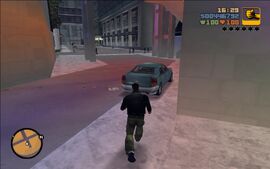 Claude making his way back to his vehicle. 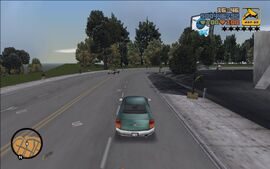 Claude heading to the location of the first briefcase in Torrington. 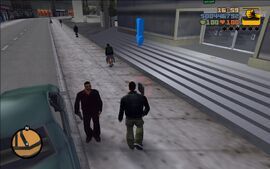 Claude, about to pick up the first briefcase. 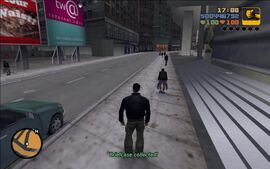 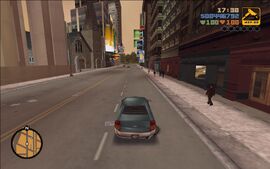 Claude heading to the location of the second briefcase in Bedford Point. 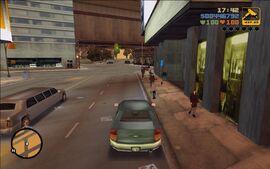 Claude arriving at the location of the second briefcase. 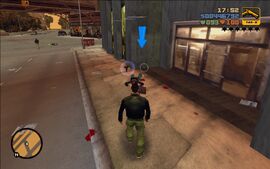 After killing a Diablo gangster who attacked him, Claude is about to pick up the second briefcase. 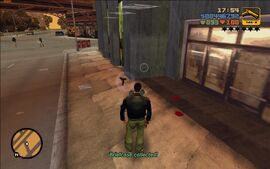 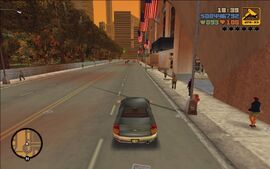 Claude heading to the location of the third business to be tasked. 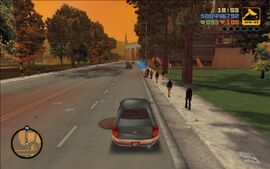 Claude arriving at the food store in Belleville. 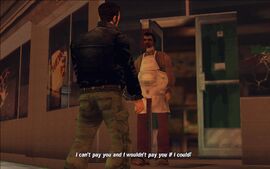 Claude tries to come inside, but the owner of the storms out of the store to angrily tell Claude that he will not pay the protection fee. 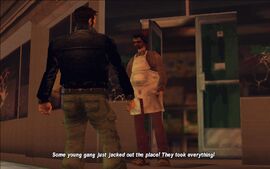 The clerk angrily explains to Claude that some gang robbed the store before Claude arrived. 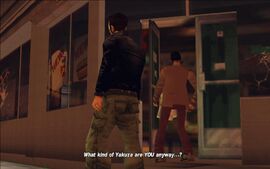 Before going back inside, the clerk notes that Claude is not Asian and finds it weird how he is a part of Yakuza. 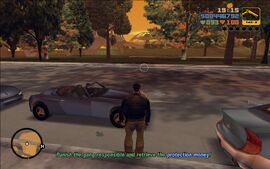 After learning of the store's robbery, Claude is tasked with punishing the robbers and retrieving the stolen money from them. 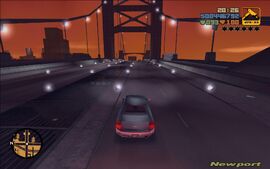 Claude making his way to Hepburn Heights, the home of the robbers. 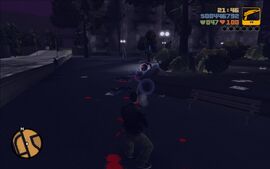 After arriving in Hepburn Heights, Claude punishes the gang for them crossing him. 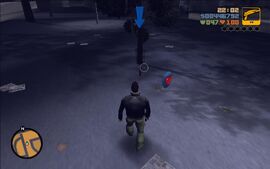 After Claude slaughters the Diablos who robbed the store, he takes the money they stole. 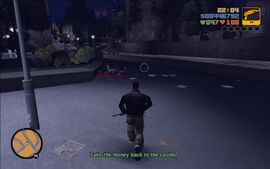 Claude is tasked with bringing the money back to Kenji's casino. 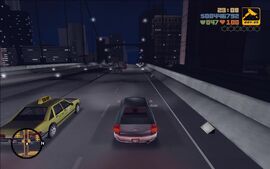 Claude making his way back to the casino. 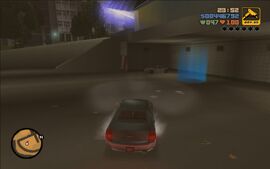 Claude arriving at the casino. 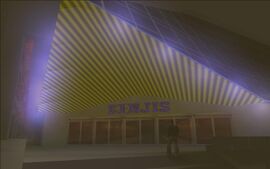 Claude walking inside to give Kenji the collected money. 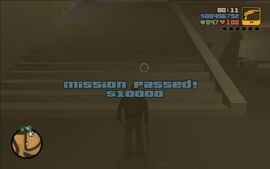 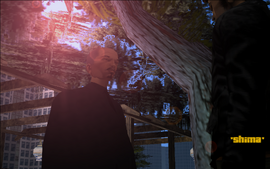