Bar Brawl
Check Out at the Check In

Shakedown is the first mission in Grand Theft Auto: Vice City given by Lance Vance to the protagonist Tommy Vercetti in the Vercetti Estate in Starfish Island, Vice City.

After taking over Diaz's mansion, Tommy discusses with Lance, Ken, and Avery on what to do next. Lance tells Tommy that some stores are refusing to pay protection money since Diaz's death. Tommy heads to the North Point Mall to do a hit and run on the shop fronts to scare them into paying protection. As he destroys the windows of the shops, Tommy gets increasing attention from the police. Tommy manages to smash all the windows of five shops within five minutes.

The rewards for completing this mission is $2,000 and the missions Bar Brawl and Check Out at the Check In are unlocked. The .308 Sniper can now be purchased from Ammu-Nation, and the player can also purchase assets across the city. 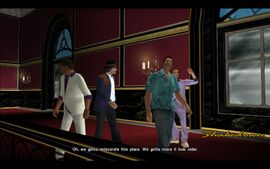 Tommy, Lance, Avery and Ken takes a walk in Tommy's new mansion, after he and Lance took out its' previous owner. 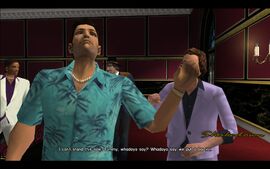 Ken keeps talking about redecorating it, making it look older, putting a bar in it. 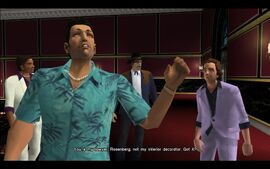 Tommy gets tired of his talks and tells him to shut up and works as his lawyer, rather than as an interior designer. 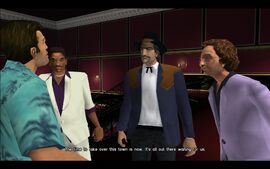 Tommy now talks to all three of his companions and tells them that the time to take over Vice City is now. 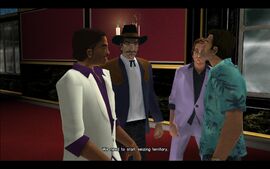 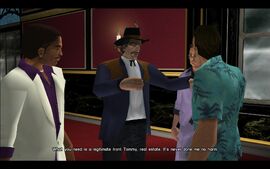 Avery suggests getting a legit front, like for example, real estate. 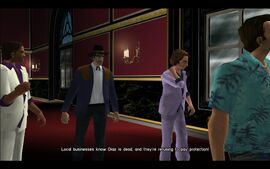 Lance informs Tommy that the businesses that were previously paying Diaz for protection refuse to pay up after learning of his death. 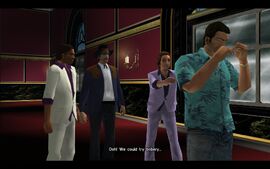 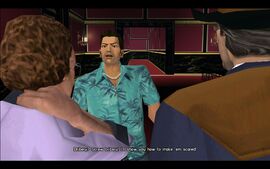 Tommy does not want to hear of any bribery and tells the trio that he'll show them how to handle situations like this properly. 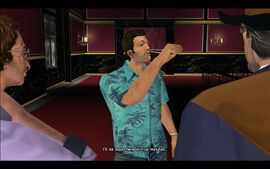 Before going out, Tommy tells the trio that he'll be back in five minutes. 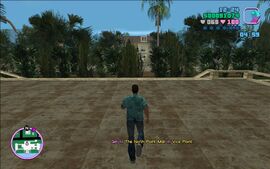 Tommy decides to go to the North Point Mall in Vice Point and smash the windows of all the stores that refuse to pay up to convince them to reconsider their decision. 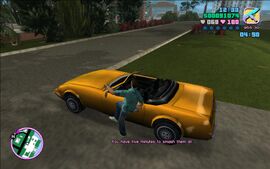 Tommy getting into the Stinger parked near the mansion. 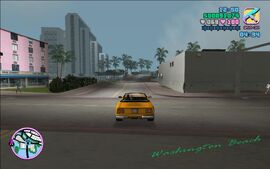 Tommy going to the mall. 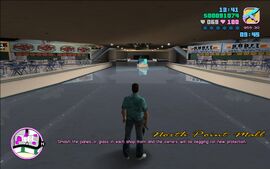 Tommy in the mall.

Tommy smashing the windows of stores in the mall. 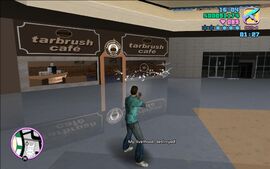 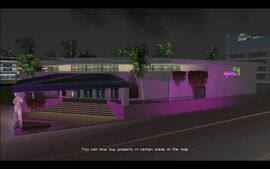 After gaining enough notoriety from the commotion he caused in the mall, Tommy can now purchase various businesses around Vice City. 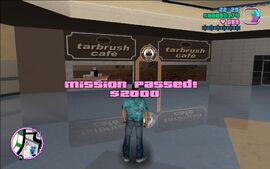 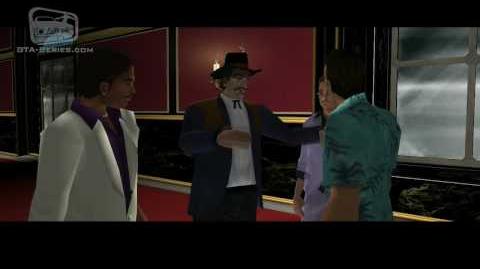 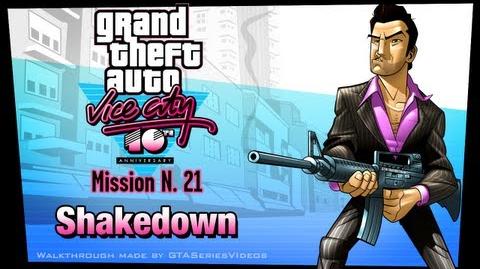