The brand is a high-end fashion label. Sessanta Nove is one of the designers extensively featured in GTA Online. Their store is inaccessible to the player, however multiple items of SN branded clothing and accessories can be purchased from the other clothing stores in GTA Online.

There is only one store in Los Santos, located in Rockford Hills.

The brand is based on real life French fashion label Louis Vuitton and features a similar monogram logo to its real life counterpart.

Sessanta Nove means "69" in Italian, keeping up with Rockstar Games' ongoing use of this sexual humor gag.

The building on Portola Drive is based on 295 North Rodeo Drive, occupied by Louis Vuitton's flagship Beverly Hills store as it appeared prior to being remodeled in 2014 [1].

Starting with the Ill-Gotten Gains Part 1 DLC for Grand Theft Auto Online the online player was able to buy designer clothing from the accessible clothes stores.

During Ill-Gotten Gains Part 2 Weekend Special, a special "N$" T-shirt (parodying the "SN") was made available for the players who completed the Daily Objectives on July 12th, 2015[2].

The The Diamond Casino and Resort update features a plethora of Sessanta Nove clothing inside the Casino Store, including new variants of previous SN clothes with an updated ‘Sessanta Nove’ font.

Starting with the Ill-Gotten Gains Part 1 DLC for Grand Theft Auto Online the online player was able to buy a vinyl wrap livery for the Enus Windsor. This livery introduced the Brass Knuckles element to the company logo.

Sessanta Nove liveries were added to the Faction Custom Donk, as part of the Lowriders: Custom Classics update.

The Gunrunning and Doomsday Heist updates added over a dozen new upgraded variants of weapons that could be customized with a SN wrap, with the player having the option to also change the base color of the livery itself.

The Mammoth Avenger, Vapid Speedo Custom, Maibatsu Mule Custom, MTL Pounder Custom, Mammoth Patriot Stretch and Übermacht Revolter were introduced with either a mono or multi-color variant of the SN vinyl wrap with the After Hours update, with some being timed-exclusive unlocks. The Benefactor Terrorbyte was made available with several optional interior livery designs, one of which being the SN wrap.

The The Diamond Casino and Resort update also includes the Enus Paragon R and Paragon R (Armored), as well as the Benefactor Krieger hypercar, all of which have an SN livery available. 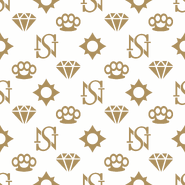 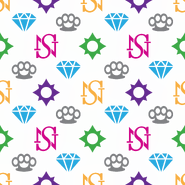 DLC wrap on the Windsor.

The Sessanta Nove livery for the Deveste Eight.

A Sessanta Nove livery for the Paragon R.

The Adder outside the store.

Retrieved from "https://gta.fandom.com/wiki/Sessanta_Nove?oldid=1234933"
Community content is available under CC-BY-SA unless otherwise noted.