Emana Rachelle [2]
“Man, this shit you see people driving in this city. Kerb crawling up through Vinewood and you at it like it's 2013. Like, who the hell is this basic bitch up in my town?”
— Sessanta at the Auto Shop.

Sessanta is the girlfriend of Kenny Dixon Jr. and acts as mission control for the Auto Shop Robberies.

Sessanta is also the head mechanic for the Auto Shop, she claims she is the best mechanic in Los Santos, stating that she’s even better than Benny.

Sessanta is initially outwardly brash but once the player earns her trust, her manner changes to more friendly and down to earth. She will look after the vehicles of her friends and family if they will be involved in a contract that will leave them absent, such as when her cousin infiltrated Bolingbroke Penitentiary. Despite her amicable nature, she is willing to take contracts that require assassinations to take place. Sessanta justifies this by saying that they were snitches and had turned gangs against one another. 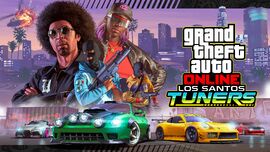 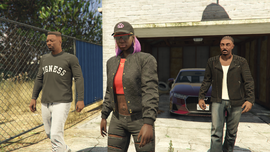 With two of her "goons" and her other Tailgater S at the end of The Prison Contract. 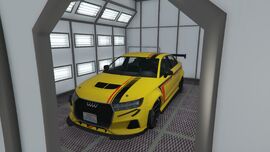 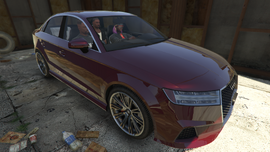