Self-Actualization FM is a radio station appearing in the PC version of Grand Theft Auto IV: The Complete Edition, and Episodes from Liberty City. The station plays ambient/chillout music.

Self-Actualization FM is related to the Children of the Mountain cult, as shown by dialogue between songs, along with Brother Adrian being mentioned. In Grand Theft Auto V, on www.cultstoppers.com, the description of Children of the Mountain refers to Brother Adrian owning "a radio station in Liberty City that plays trippy music while the DJ repears CoM dogma", suggesting the station is still broadcasting as of 2013.

It is the preferred station of Ray Boccino in The Lost and Damned. Terry Thorpe of The Lost MC claims to dislike this station.

The following tracks were planned for the station, but were dropped during development. These track names can be found in the file "american.gxt". 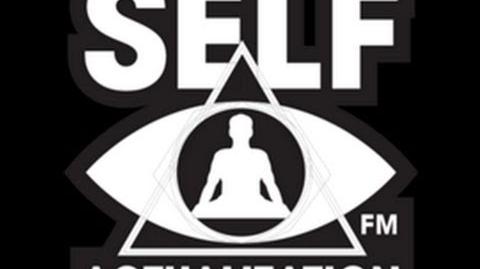 Promotional poster in The Ballad of Gay Tony as seen in Star Junction.[1](Texture)

Another promotional poster in The Ballad of Gay Tony as seen in Star Junction.[2](Texture)

Another promotional poster in The Ballad of Gay Tony as seen in Star Junction.[3](Texture)