The following is a list of secrets, easter eggs, and hidden items in Grand Theft Auto: Vice City.

The man bound with concrete shoes, a traditional way of dumping bodies used by the mafia. 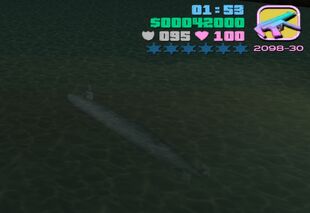 The submarine north of the Mall 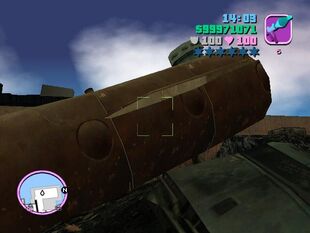 A submarine wreck at the Vice City Junkyard. 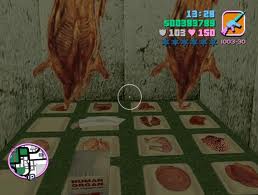 The penis lights of the Vice Point Langer skyscraper appearing only during night.

A pool lying on Starfish Island. Note the shape of the pool bears likeness to a female body.

Cherry Poppers.
Add a photo to this gallery

Retrieved from "https://gta.fandom.com/wiki/Secrets_and_Easter_Eggs_in_GTA_Vice_City?oldid=1154114"
Community content is available under CC-BY-SA unless otherwise noted.