"Our new fashion line unveiled in Milan — models defecate in trash bags and then wear them as a dress — This is the fashion of the future."
―Sebastian Dix on Bleeter

The brand was founded by Epsilon member Sebastian Dix, who also designed the Epsilon robes. The brand is featured in the Leopolds store in Rockford Hills, and multiple billboard advertisements can be found around Los Santos and Blaine County. Dix glasses are also sold in Binco stores.

A single dedicated boutique is found in Rockford Hills.

Dorset Drive (night view).
Add a photo to this gallery

It is a clearly parody of Christian Dior.

As part of the typical crude humor of Rockstar Games, the name "Dix" could also be read as dicks. The fake logos read as "Dis" could be a reference of disrespect to the Dix brand.

The building on Dorset Drive that houses their boutique along with Chébs Eaterie, Barbone, Île de Stylo, MyMy and Tatas on Portola is based on a building at 421-431 North Rodeo Drive that is known as the Rodeo Collection.

In real-life, the brand's Rockford Plaza advertisement is for Nike, with the words, Los Fearless.

During the Ill-Gotten Gains Part 1 Weekend Special, it was possible to find a T-Shirt with a fake Sebastian Dix logo in the Special Crate drops in Grand Theft Auto Online[1].

During Ill-Gotten Gains Part 2 Weekend Special, a "Gold Dis" T-shirt was made available for the players who completed the Daily Objectives on July 10th, 2015[2].

"Gold Dis" T-shirt (right).
Add a photo to this gallery

Advertisement found at Rockford Plaza.
Add a photo to this gallery 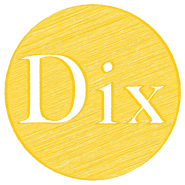 Yellow version of the logo. 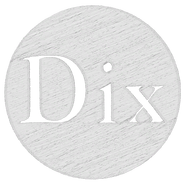 White version of the logo. 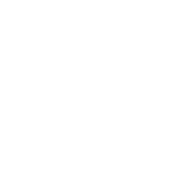 White "fake" version of the logo. 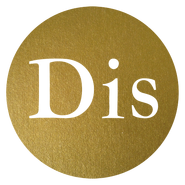 Gold "fake" version of the logo.
Add a photo to this gallery

Retrieved from "https://gta.fandom.com/wiki/Sebastian_Dix?oldid=1256805"
Community content is available under CC-BY-SA unless otherwise noted.