GTA Wiki
Register
Don't have an account?
Sign In
Advertisement
in: Stubs, The Ballad of Gay Tony, Animals,
and 7 more
English

Seagulls are similar to the main game's pigeons in which they are "collected" by shooting them. They are much easier to locate because of their louder sounds, and all of them can be found in easier-to-reach places. There are fifty seagulls total in both games.

Seagulls in The Lost and Damned

In TLAD, collecting all of the seagulls will reward you with an Innovation, both at your safehouse and deliverable by Clay.

Seagulls in The Ballad of Gay Tony

In TBoGT, the reward for collecting all of the seagulls is an APC at Yusuf Amir's construction site, after completing For the Man Who Has Everything.

Seagulls are one of the many birds found in Grand Theft Auto V. They can be seen flying in the air at coastline areas such as Vespucci Beach, however, they are not required to be found or killed. They may occasionally land on the ground or on structures, and they will always fly away from the player if he approaches.

In the enhanced versions, the player can consume a Peyote Plant and begin hallucinating that he is a random bird. One of these birds is a Seagull, as seen here.

Peyote Plants were also added to Grand Theft Auto Online as part of the continuation of the The Diamond Casino & Resort update. The player has a chance of turning into a seagull when the plant is consumed.

TLAD map of the Seagull locations.

TBOGT map of the Seagull locations. 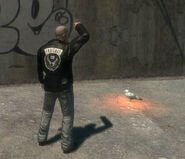 A player-controlled Seagull in GTA V. 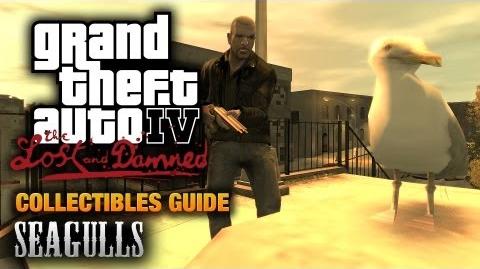 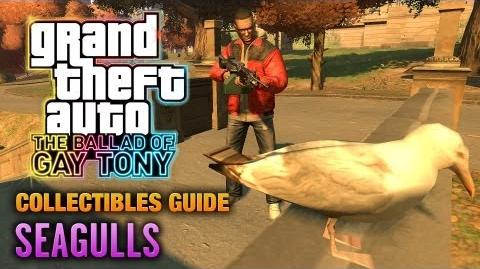