In-game time
“Trevor heads to the Port of LS to look for a job.”

Floyd: "Yes, I work at the docks."
Trevor: "And? Anything, uh, interesting there for a man like me?"
Floyd: "Well I mean I-I-I don't rightly.. rightly know. What kind of a person are you?"
Trevor: " Oh, I am THAT kind of person, Floyd. I am that kind of person."
— Trevor Philips and Floyd Hebert discussing about the docks

Scouting the Port is a mission in Grand Theft Auto V that Trevor Philips performs independently.

The mission begins in Floyd's apartment in Vespucci Beach, where Trevor forces Floyd to help him with a new caper. After Trevor, Wade, and Floyd all dress in stolen longshoreman uniforms, Trevor drives Floyd and Wade to the Port of Los Santos. Along the way, Trevor interrogates Floyd as to whether there is anything worth stealing at the port. Eventually, Floyd reveals the presence of a ship guarded by Merryweather Security, a ship that regular dock employees like Floyd are not allowed to approach and which potentially contains military hardware. Trevor decides that they must find out what is on that ship.

Once at the dock, Wade is pulled aside by a union boss to help with the clean-up of a mysterious spill. Trevor follows Floyd to the mystery ship. From there, the mission consists of several parts:

Trevor returns back to the apartment. There, he finds Wade sitting on the couch and covered in industrial waste. A final cut scene requires the player to choose one of two options for The Merryweather Heist:

Choosing the freight method will unlock the following setup mission:

Trevor will also send a text message to Franklin, asking him to improve his aim at the Ammu-Nation Shooting Range.

Choosing the offshore method will unlock the following setup missions:

Trevor will also call Michael, asking him to improve his flying skill at the Flight School.

Trevor driving to the port.

Wade being forced to stop a sewage leak.

Trevor moving containers with a crane.

Trevor and Floyd driving to the Merryweather dock.

Floyd being beaten up by Merryweather security.

Trevor stealing the briefcase while Floyd is attacked.

Trevor deciding how to go about robbing the ship. 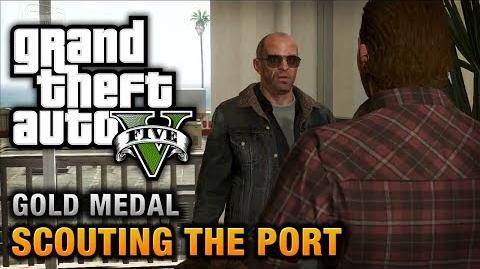 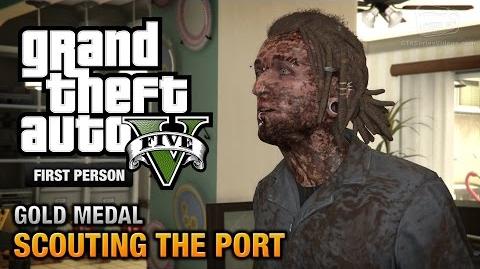 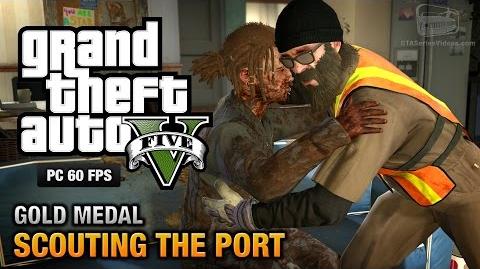