"Powerful, understated, reliable. You have absolutely none of these qualities, so it's important to you that your car does. The new Benefactor Schafter screams corporate anonymity just as much as its predecessor, so to justify the massive price hike we've thrown in a few flourishes and a plush interior where you can screw your secretary's secretary in comfort. Armored edition available."
―Legendary Motorsport description.

The Benefactor Schafter V12 (Armored) is a luxury armored four-door sedan featured in Grand Theft Auto Online as part of the Executives and Other Criminals update.

The vehicle is basically the armored variant of the Schafter V12, which features the same elements as the base model, except the armor padding on the sides and window armoring on the pillars.

The Armored V12 trades some acceleration for a slightly higher top speed, and also gives the vehicle limited resistance to explosions. It is able to take one direct tank shell without being destroyed, and can take one sticky bomb as well (a second sets the car on fire). The increased weight means response time is slightly less than the normal version. Thanks to its armor, it can withstand a single RPG rocket.

The Schafter V12 (Armored) can take the following:

It can be noted that the Schafter V12 shares its armored capabilities with the Schafter LWB (Armored), XLS (Armored), along with both armored Cognoscentis and Baller LEs. 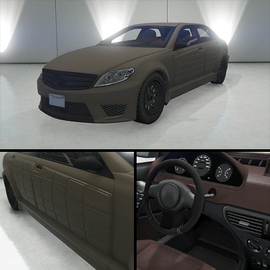 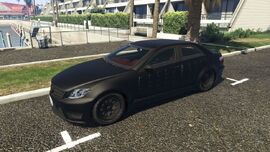 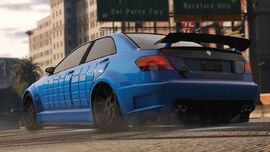 The Schafter V12 (Armored) in the cinematic preview on Rockstar Games Social Club.

Retrieved from "https://gta.fandom.com/wiki/Schafter_V12_(Armored)?oldid=1221825"
Community content is available under CC-BY-SA unless otherwise noted.