A Savage in GTA Online.

"The gunship your dad thought he'd be running from in World War III. Like a Russian politician, it refuses to give up no matter how old it gets or how many people campaign for its decommissioning, and it's at its best setting its enemies on fire."
―Warstock Cache & Carry description

The Savage is a military gunship helicopter released in Grand Theft Auto Online, as part of the Heists Update.

The Savage is based on the Soviet/Russian Mil Mi-24 "Hind", and features its armament of rockets and a nose-mounted machine gun. However, rather than the Hind's four barrel Yak-B 12.7mm cannon, a six barrel Gatling gun is fitted.

The vehicle's cockpit appears to be a cross between the earlier angular greenhouse-style cockpit design from the Hind-A and the "double bubble" canopy seen on the Hind-D and latter. Unlike the Hind, the Savage features enlarged side exhausts similar to those found on export Hinds and the helicopter lacks the triangular strike guard on the tail boom. Also, the wingtip pylons for mounting AT/AA missiles are empty. The rocket pods appear to be based on the Hydra 70 rocket usually fitted on the AH-64 Apache. The side doors are made to resemble traditional sliding doors; in contrast with the real-life door compartments, with one of them acting as a step bar when opened. The circular dust covers are also absent from the air intakes. A feature of the Savage is the retractable tricycle landing gear. This feature is shared with the Swift.

The vehicle has various military-themed decorations, including a desert military camouflage pattern, the U.S. Army star on its side, the "Zancudo" and the numbers on the side doors, a badge near the cockpit area with "Enduro Fortes" markings and a similar one on the opposite side reads "Voxusm Delicat" and a yellow line on the tail edge where the word "Danger" would be that reads "Zancudo". It is operated by Merryweather Security.

The Savage can carry four occupants. The pilot and co-pilot are seated in the front canopy, while two additional passengers can be seated at either side of the cargo bay. Unlike its inspiration, it is piloted from the forward seat, while the gunner sits in the rear seat, whereas the Hind is piloted from the rear seat, while the gunner sits in the forward seat. The additional two passengers can fire a variety of weapons, including Pistols, SMGs, Rifles, Sniper Rifles and RPGs.

In terms of function, the Savage has similar features to the Buzzard. The pilot has access to the canons and rockets. However, the Savage's rocket pods can be fired non-stop without delay, though it is still limited to 2 active rockets at a time.

In terms of weaponry, the Savage is likely the most well equipped helicopter in the game. The machine gun uses explosive rounds, similar to the cannons of the P-996 Lazer and Hydra, albeit with a faster firing rate. It cannot tilt as far forward as the Buzzard, so engaging targets directly below it may be difficult. The range of fire is also much smaller than the Lazer's. To avoid taking damage, the player is advised to not make any stops, instead, fire and move.

The Savage has more fire power than the Buzzard, but is heavy and slow, making it an easier target. The heaviness is particularly evident when rotating the helicopter, which takes a considerable amount of time. Like other helicopters (excluding the Cargobob), it is incredibly vulnerable to the Homing Launcher, going down in one hit. Its mass and low manoeuvrability make avoiding missiles difficult.

Contrary to the Hind's fearsome reputation as a "flying tank", the Savage is very weak. Only several shots from SMGs will make the engine start to smoke and stall, and will quickly cut out. The Savage is susceptible to the smallest crashes. Care must be taken to avoid obstacles when landing and when in flight, as both its rotors are quite large and vulnerable, the rear is especially vulnerable to gun fire. Unlike other helicopters, when the rotors are common to be caught on tall and thin objects, such as street lights and telegraph poles, it will cause the helicopter to flip exaggeratedly, usually bringing the helicopter to the ground and potentially destroying it. When this happens, it's sometimes possible to roll the helicopter numerous times, as if it were a stunt helicopter.

Hunter-GTAV-Heists-Trailer.png
The Savage in the Heists Update trailer.

Side view of the Savage.
Savage-GTAV.jpg
The Savage on the Rockstar Games Social Club. 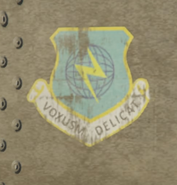 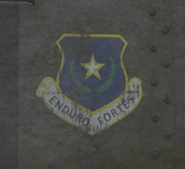 Camo comparison with the Titan
Add a photo to this gallery

Retrieved from "https://gta.fandom.com/wiki/Savage?oldid=817756"
Community content is available under CC-BY-SA unless otherwise noted.