Santo Capra (also known as Santo Capro in The Ballad of Gay Tony) is a high-end clothing company appearing in the HD Universe.

The boutique specializes in handbags and glasses. Yusuf Amir's Swift in The Ballad of Gay Tony has a Santo Capra insignia on the side of it, although it says "Santo Capro". His jacket also has the Santa Capra label on it.

The label has a physical store in Rockford Hills in Grand Theft Auto V although it is inaccessible and plays no role in the story. The interior of the building uses a generic texture used in most of the stores nearby, featuring Quincy Biro branded goods.

In Grand Theft Auto Online, as part of the Ill-Gotten Gains Part 1 update, Santo Capra clothes were released for players to purchase in clothing stores.

The single store in Rockford Hills has entry points from Little Portola and Rockford Drive with identical facades.

The brand is most likely an imitation of the Italian designer brand Versace, due to its "goat" logo design reminiscent of the medusa head.

The brand name "Santo Capra" is Italian for "Saint Goat", or "Holy Goat".

The Little Portola/Rockford Drive building is based on 236 North Rodeo Drive in Two Rodeo (occupied by Porsche Design). The Pfister Design store next door in game occupies the building occupied by Versace next door on Two Rodeo in real life, and the developers have simply swapped the two parody companies around in game, further reinforcing the link to Versace.

During the Ill-Gotten Gains Part 1 Weekend Special, it was possible to find a T-Shirt with a fake Santo Capra logo in the Special Crate drops in Grand Theft Auto Online[1]. It is named "Santo Crapa", being derived from the word "Crap", reinforcing its fake status.

The t-shirt with a fake "Santo Crapa" logo. 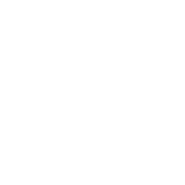 Fake "Santo Crapa" logo.
Add a photo to this gallery

Santo Capra is one of the designers featured in the Ill-Gotten Gains Part 1 DLC for Grand Theft Auto Online with the online player able to buy a vinyl wrap livery for the Enus Windsor.

The Swift in TBoGT with "Santo Capro" livery.

Retrieved from "https://gta.fandom.com/wiki/Santo_Capra?oldid=1207582"
Community content is available under CC-BY-SA unless otherwise noted.