So far, officers have only been seen using Police Bikes. Quite rarely, SAHP units can be spotted performing radar checks in Blaine County and, even more rarely, operating in Los Santos County, although they're mostly seen on the side of the roads of Senora Freeway and Great Ocean Highway keeping check to see no one is speeding. Very rarely, they will answer a player's call to emergency services. If they see someone speeding, they will pursue them while shooting at them. However, in gameplay, they will never pursue no matter the speed, ostensibly for the player's enjoyment.

It is based on the California Highway Patrol.

The San Andreas Highway Patrol dress in a silver tan shirt and matching silver tan pants with a blue and gold stripe going down the side of each leg. Officers also wear a solid blue tie and an equipment belt which carries items such as a weapon, handcuffs, and radio. Since their primary vehicle is a motorcycle, officers also wear a blue and bronze helmet and black boots for protection. There are two versions of the uniform, one with work boots and one with work shoes. The patches on the NPC SAHP uniforms read 'Los Santos Highway Patrol'. This is likely a developer oversight, as a number of signs in GTA V erroneously refer to San Andreas as 'Los Santos State'.

Michael De Santa and Trevor Philips dress up as SAHP officers during a mission, I Fought The Law. The uniforms can be found in their wardrobe after the player beats the main storyline.

Wearing the Highway Patrol uniform will not stop police from becoming aggressive towards the player, nor will it prevent the player from getting a wanted level during normal gameplay. This is false only in Director mode. 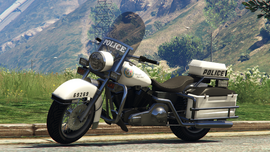 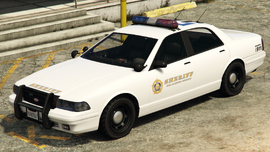 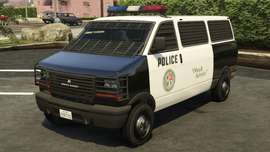 Police Transporter
Add a photo to this gallery 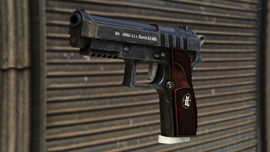 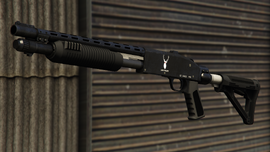 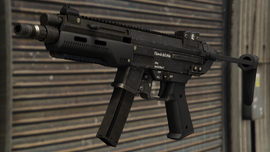 SMG
Add a photo to this gallery

The San Andreas Highway Patrol does not operate any stations, but they are seen patrolling the Senora Freeway and the Great Ocean Highway more frequently in GTA V.

Michael and Trevor on SAHP bikes during I Fought the Law....

A patrol officer with shoes instead of boots.

An officer on his bike.

SAHP officer on patrol in Strawberry.

Thelma and Louise spawn with Sheriff Cruisers.
Add a photo to this gallery

Retrieved from "https://gta.fandom.com/wiki/San_Andreas_Highway_Patrol?oldid=1245974"
Community content is available under CC-BY-SA unless otherwise noted.