The Guns of Leone

Salvatore Leone: "What kind of driving was that? You trying to kill me?"
Toni Cipriani: "Mr. Leone. Boss. I'm sorry. What can I tell ya?"
Salvatore Leone: "Sons of Bitches! They think they can do that to me! I'll tear their fucking hearts out! This doesn't end here! ...for Christ sake Toni - you saved my ass - call me Sal!"
—Salvatore Leone after being rescued by Toni Cipriani.

Toni drops by Paulie's Revue Bar and finds JD panicking. After rambling for a bit, JD eventually informs Toni that Salvatore was kidnapped by members of the Sindacco Family, who are going to crush him at the Harwood Autocrusher and Junkyard in Harwood. Toni follows a Sindacco member in a Manana to a location in Chinatown, where two more Sindacco gang members are waiting, with Salvatore in the car trunk of a Kuruma.

Upon arriving, Toni tries to stop the Kuruma from leaving, but the car evades him. He chases after it and roughs it up a bit before the Sindaccos inside get out. Toni kills the Sindaccos and gets in the Kuruma and takes Salvatore home.

Note: if the player cannot stop the Kuruma before it reaches the crusher (due, for example, to riding a motorcycle or just not being able to get close enough to drive-by) a final opportunity to grab the vehicle presents itself at the crusher.

Salvatore, having been freed, vows to tear the Sindaccos apart, while praising Toni for a job well done, ending the mission.

The reward for completing the mission is $1,500 and unlocks the mission The Guns of Leone for Joseph Daniel O'Toole.

Toni driving Salvatore back in the unique colored Kuruma. 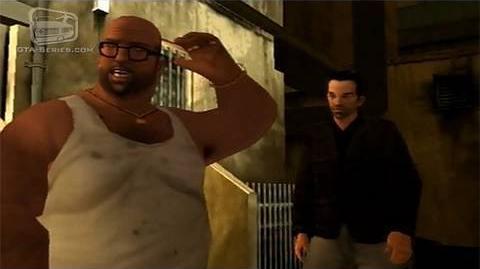 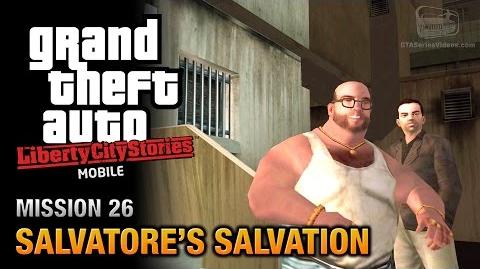