In-game time
“Don Salvatore has called a meeting. I need you to collect the limo and his boy, Joey, from the garage. Then get Luigi from his club, come back here and pick me up, then we'll all drive over to the boss's place together. Those Triads, they don't know when to stop. They want a war. They got a war. Now get going.”
— Toni Cipriani

Salvatore's Called a Meeting is a mission in Grand Theft Auto III, given to protagonist Claude by Leone Family capo Toni Cipriani from Momma's Restaurante in the Saint Mark's district of Portland, Liberty City.

Leone Capo Toni Cipriani informs Claude that the Leone Family Don, Salvatore Leone, has called a meeting at his Gentlemen's Club in Saint Mark's. Toni then informs Claude that he wants him to collect Salvatore's son and Underboss Joey Leone from his garage in Trenton and made man Luigi Goterelli from his club in the Red Light District, before returning and picking Toni up. Toni also mentions that Triads may come and screw up. Claude leaves in the limousine picking up Joey and Luigi, before returning to collect Toni. After Toni enters the limousine, the Triads attack, however, Claude manages to get the three to Salvatore's Gentlemen's Club. Salvatore greets his three guests, before pulling Claude to one side, telling Claude he sees a bright future for him in the Leone Family.

The reward for completing the mission is $15,000 and the mission Chaperone is unlocked. However, missions for Toni, Joey and Luigi are temporarily disabled as they are attending Salvatore's meeting. 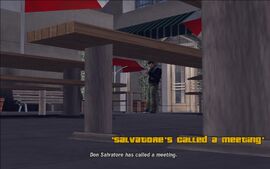 Claude arrives at Momma's Restaurante in Saint Mark's to once again find Toni missing. Claude finds a letter on the table that Toni is usually waiting him for. 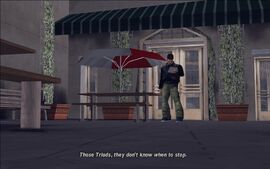 The letter reveals that the actions of the triads have caused a meeting to be held by Salvatore Leone, and that Claude needs to drive Toni, Joey Leone and Luigi Goterelli to the meeting place. 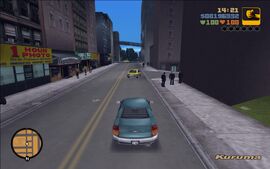 Claude heading to Joey's Garage to pick up the limo and Joey. 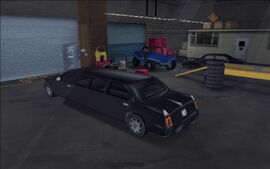 Claude getting into the unique black limo. 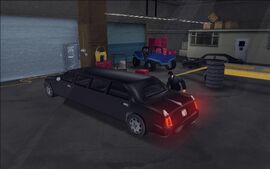 Joey getting into the limo. 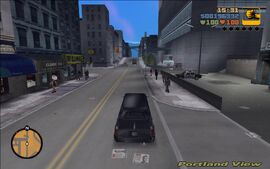 Claude and Joey heading to Luigi's Sex Club 7 to pick up Luigi. 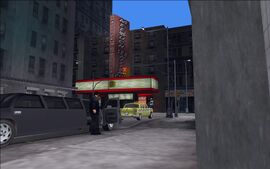 Luigi getting into the limo. 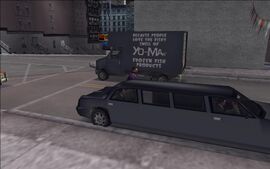 Toni getting into the limo. 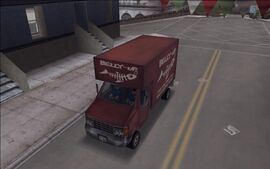 After Toni gets into the limo, several triad trucks appear and try to ambush Claude, Joey, Luigi and Toni. 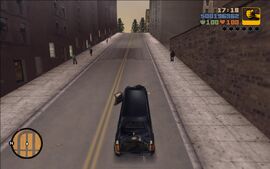 Claude driving the trio out of the triad ambush. 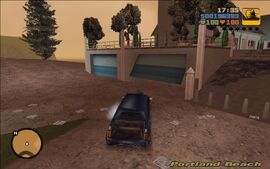 After breaking through a barricade the triads made with two laundry trucks, the limo drives into a garage at the Gentlemen's Club. 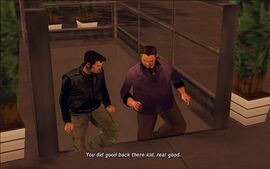 Toni congratulates Claude on doing well on the job. 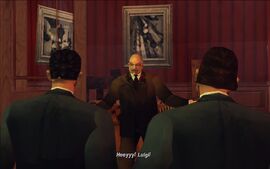 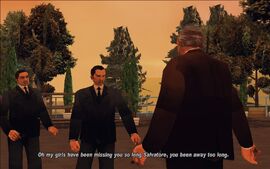 Luigi says hello and asks where Salvatore has been and why he stopped visiting Luigi's club. 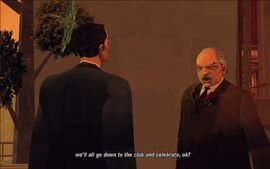 Salvatore replies saying that due to the current war with the triads he couldn't visit, but will go there to celebrate once the war is finished. 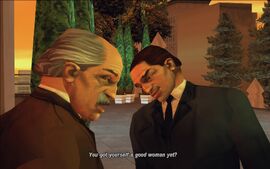 Salvatore and Joey say hello to each other and Salvatore asks if Joey has found a woman yet, to which Joey replies that he is working on. 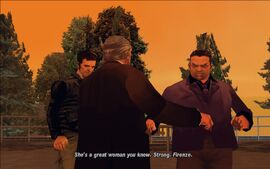 Finally, Salvatore and Toni meet. Salvatore asks how Toni's mother is feeling, to which Toni replies saying that his mother is well. 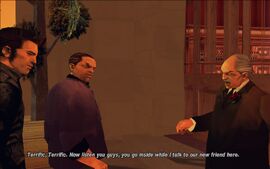 Salvatore asks the others to wait inside while he talks to Claude. 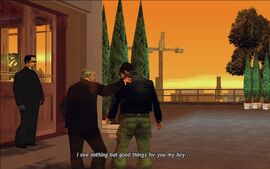 After pulling Claude aside, he tells him that he sees a bright future for him. 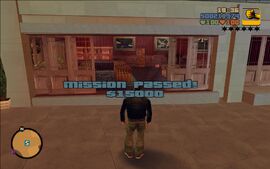 Claude picking up Joey Leone at his garage

Claude about to pick up Toni Cipriani at Momma's Restaurante

Claude parking the limo in the garage