In-game time
“There is a plane coming into Francis International in 2 hours time. It is full of Catalina's poison. You can avoid airport security by getting a boat out to the runway-light buoys and shooting the plane down on its approach. Collect the cargo from the debris and stash it!”
— Asuka Kasen

Claude visits Asuka and Maria Latore at the construction site in Fort Staunton. Asuka informs Claude that a plane containing a number of SPANK drug packages is arriving at Francis International Airport in Shoreside Vale. Asuka advises Claude to travel to the airport by boat to avoid the airport security, so Claude drives over to a jetty in Bedford Point. He picks up a rocket launcher on the jetty and takes a boat to sail over to the southern end of the airport. He kills the Colombian Cartel gang members guarding the exit of the airport. A short time later, the plane containing the drugs lands at the airport. Claude destroys the plane with the rocket launcher, scattering the drugs all over the runway.

After the plane is destroyed, Claude retrieves the packages before the police arrive. After escaping from the police, Claude leaves the airport and travels back to the construction site with the drugs.

The reward for this mission is $45,000 and the next and penultimate mission, Ransom, is automatically unlocked. 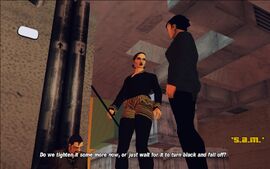 Claude arrives at the Panlantic construction site in Fort Staunton to find Asuka torturing Miguel, this time joined by Maria. The thing they are discussing is possibly one of Miguel's infected limbs he got from being wounded and not getting treated properly. 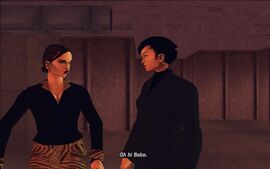 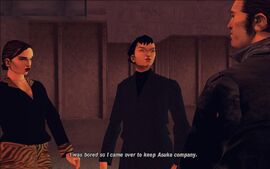 Maria tells Claude that she was bored so she decided to come and help Asuka torture Miguel. 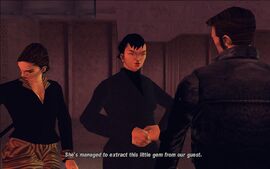 Asuka tells Claude that Maria did really well on the torture and managed to get some useful information from Miguel that Asuka was not able to get herself. 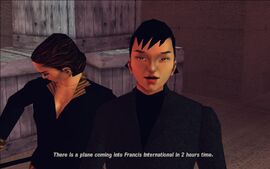 Asuka tells Claude that Miguel revealed about a plane flying into Francis International Airport later that day, which carries some packages of Catalina's poison. 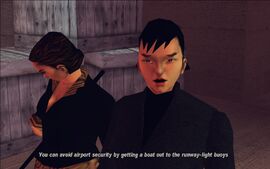 Asuka tells Claude that he can use a boat to approach the airport without getting intercepted by airport security. 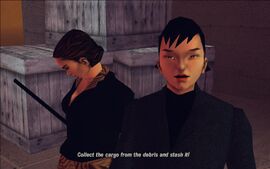 Asuka tells Claude to go to the airport and retrieve the SPANK being delivered. 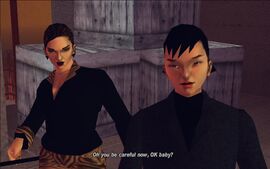 Before Claude goes, Maria asks him to be careful and not get hurt. 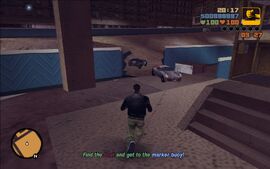 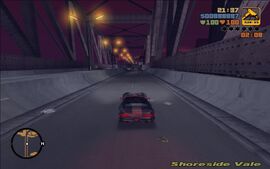 Claude on his way to the airport in Shoreside Vale. 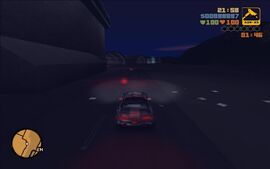 Claude arriving at the airport terminal. 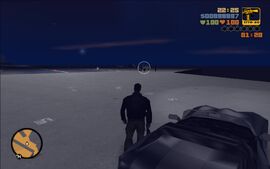 The airport security Asuka mentioned turns out to be three squads of well-armed members of the Colombian Cartel waiting for the airplane to arrive near the runways. 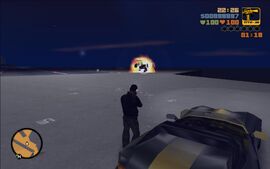 Claude destroying the first Cartel car near the south-western runway. 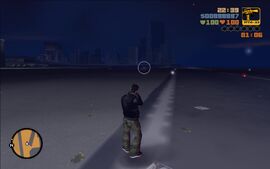 Claude destroying the second Cartel car near the eastern runway. 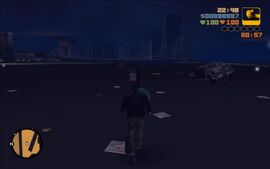 Claude picking up a rocket launcher that one of the killed Cartel gangsters was carrying. 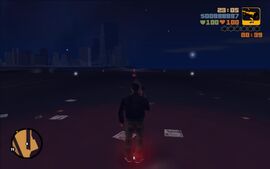 Claude waiting for the plane to arrive. 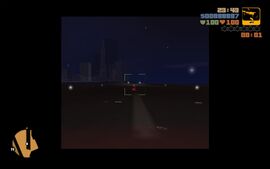 Claude shooting the landing plane with a rocket launcher. 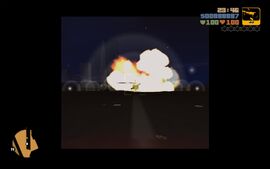 After getting shot with the rocket launcher, the plane explodes. 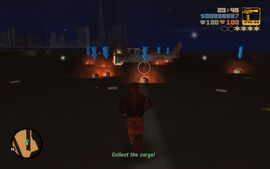 After destroying the plane, Claude has to collect the eight dropped SPANK packages. 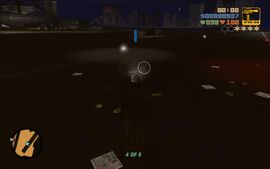 Claude, after collecting half of the packages. 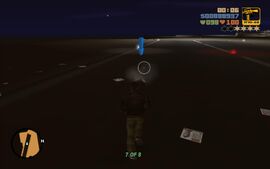 Claude, about to collect the final package. 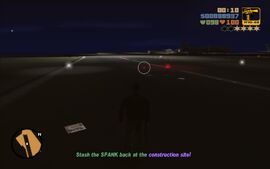 After Claude collects all of the packages, he has to take them back to the construction site. 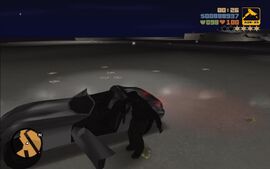 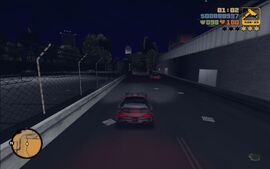 Claude escaping from the airport terminal and the cops he attracted after he destroyed the approaching plane. 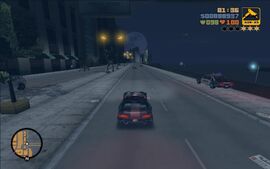 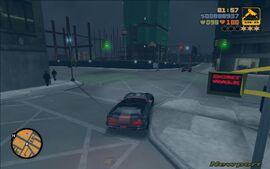 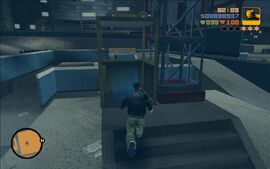 Claude, about to take the elevator up to Asuka. 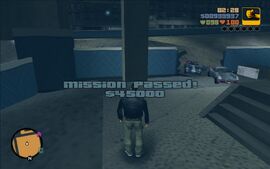 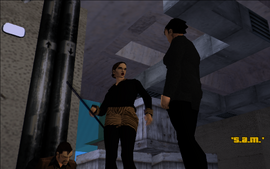 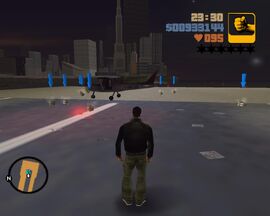 Claude about to collect the packages from the destroyed DeadDodo at Francis International Airport.