Ryder's House is located on Grove Street in Ganton, Los Santos between the Johnson House and the Grove Street overpass.

The property consists of a bungalow with a driveway and back garden. The interior of the house is featured briefly during mission cutscenes, with only the kitchen and the living room visible. In the living room, a boxart of Grand Theft Auto: Vice City can be seen. In the back garden, a shovel can be found, along with several holes which were dug by Ryder during the mission "Home Invasion" whilst looking for drugs he buried in the garden.

Following Ryder's death, the house remains unoccupied for the rest of the game, though his brown Picador can still be found parked in the driveway. 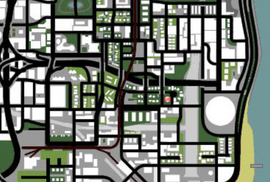 Location of the house in eastern Los Santos 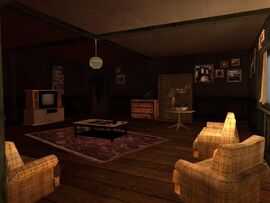 Ryder's living room, which is not normally accessible. 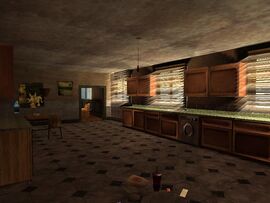 Ryder's kitchen, which is not normally accessible.