• ­Runner (for the Defensive Team)

• ­Goal (for the Offensive Team)

"This fast-paced mash-up of Hunting Pack, Cross The Line and Offense Defense, feature a Panto-driving Runner. Aided by a team of Attackers, they must try to dodge their way through a determined line of Defenders and get to the end zone on the other side of the throughway."
— Rockstar Newswire description.

Running Back[1] is an Adversary Mode featured in Grand Theft Auto Online as part of the continuation of the Lowriders update, released on November 24, 2015.

"The Runner tries to get across the line with the help of the Offense. The Defense does what they can to stop them."
— Rockstar Games Social Club description.

Two teams square off from opposing sides of a roadway. The elusive Runner, behind the wheel of a Benefactor Panto, must go the distance and get across the end zone line at the far end of the highway within 2 minutes, with the help of their Offense teammates in BF Biftas. Meanwhile, their Defense opponents (also in Biftas) must ruthlessly block, crash, and pummel their way to try to stop them.

The host player will be the initial Runner; If the number of rounds is at least two, the teams' starting areas will be swapped in the next round. In addition, the role of the runner will be given to the player with the highest rank.

When on Defense, it is a good idea to keep one Defender back to act as a safety, should the Runner break through to the second-level. Those forming the initial line of attack should work as a unit to cover as many gaps as possible. Players could even have all Defenders stay on the goal line, prevent-style. This does not give much room for error, but will give the most amount of time to coordinate the defense. A good tactic is to try to pin the Runner to the wall and apply the handbrake to ensure they cannot move.

In Running Back I & II, they could even try to force the Runner off the side, out of the field of play, which results in an immediate win for the other side. Focusing on the Runner is imperative, try to ignore the offensive Blockers by pressing the focus button (Circle on PS4, B on Xbox One, R on PC) to hone in on the target.

The Offensive team need to coordinate together to protect their Runner and create opportunities for them to break through the defensive line. To do so, get teammate Blockers out in front of the Runner, similar to how a screen pass is setup in football. Make sure to go one to-one against the Defenders - doubling up will leave an extra Defender alone to attack the Runner. With the Runner hanging back slightly, they can wait for a spot to open up. While doing so, the Runner should remain in the center of the field of play - hugging the walls will narrow the chances of escape and increase the likelihood of being pinned.

If, as the Runner, the player finds themselves blocked, don't be afraid to backtrack and find a new line through the defense. Try to mix up the offensive play and surprise the opponents with a new strategy each round, purposefully creating blocking lines to leave a clear path for the Runner. 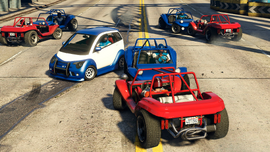 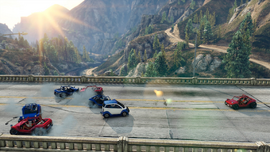 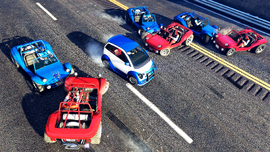 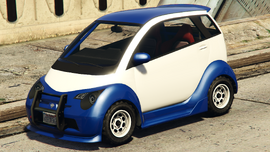 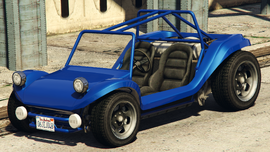 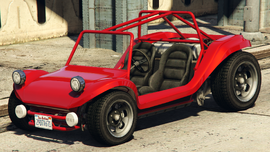 Retrieved from "https://gta.fandom.com/wiki/Running_Back?oldid=1170479"
Community content is available under CC-BY-SA unless otherwise noted.