­ Use an RC Bandit to destroy Hoods Rumpo XLs

Rumpo Rampage is a side mission in Grand Theft Auto III.

This side mission involves guiding an explosives-rigged RC Bandit around Wichita Gardens in an attempt to destroy gang cars, in this case, Hoods Rumpo XLs, in an allotted amount of time. To start the mission the player must enter a TOYZ van which is located within Wichita Gardens, literally around the corner from Claude's safehouse. The player can activate the bomb by using the fire button, or by driving into the wheels of the target car.

During the mission, Claude is exempt from police attention, so he can also kill bystanders, including cops without gaining a wanted level. However, any wanted level the player had prior to starting the mission is reinstated, so it's best not to start this one with four stars or more; the van also isn't the best getaway car and if Claude uses it to evade the cops, it will most likely get attacked and lead to a bad result. 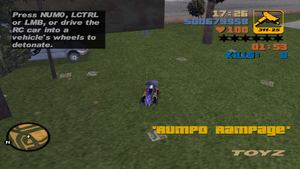 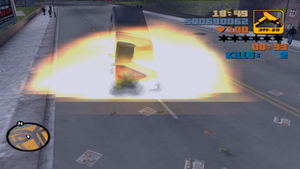 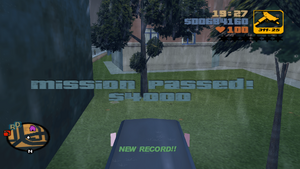 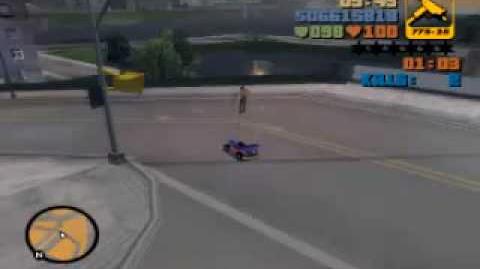