In-game time
“Them Nines are down to a few scabby herds... but they still wanna bring it. They agreed to go toe to toe. A gang of them against two of us, or rather... two of yaw I'd join you but... I ain't due my parole hearing for another three months now, y'know what I mean? Go and meet my baby brother. He'll show you where they are fighting a'right son.”
— D-Ice

Rumble is the final mission in Grand Theft Auto III given to protagonist Claude by Red Jacks leader D-Ice from a public phone booth in the Wichita Gardens neighborhood of Shoreside Vale, Liberty City.

The Purple Nines are nearly wiped out. The last members of the gang want a last fight against the Red Jacks. D-Ice instructs Claude to meet up with his brother who shows Claude the location of the fight. The rule is only bats are allowed. Claude, with D-Ice's brother's help, kills all remaining Purple Nines, leaving the Red Jacks the only members of the Southside Hoods.

The reward for completing the mission is $10,000 and the completion of D-Ice's missions. The Purple Nines are permanently wiped out of Liberty City. The player can return to the payphone to start Rigged to Blow at anytime while not on a mission. 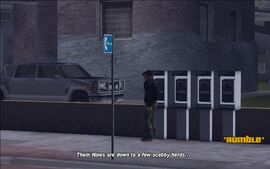 Claude picks up the ringing payphone in Wichita Gardens and is told by D-Ice that the Purple Nines, although few in number, still want to fight the Red Jacks. 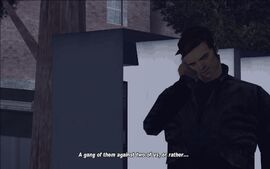 The fight would be the entirety of what's left of the gang against D-Ice and Claude... 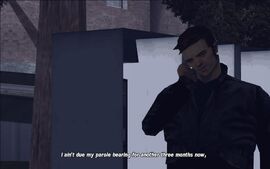 ...Or rather Claude and some other member of the Red Jacks. D-Ice explains that he cannot participate, as he is on parole and is awaiting his hearing in three months time. 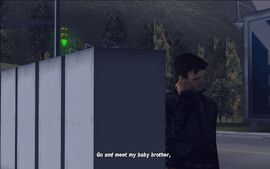 Though D-Ice tells Claude to go and pick up his younger brother who will fight in his place. 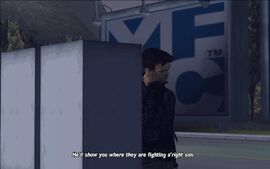 D-Ice also tells Claude that his brother will show him where the fight will take place. 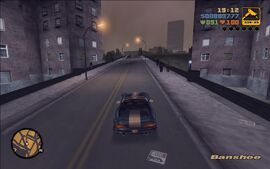 Claude going to pick up D-Ice's brother near the North West Towers. 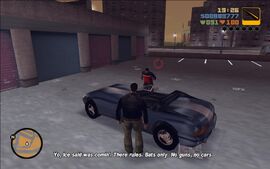 Claude arrives at the North West Towers and is greeted by D-Ice's brother, who says that D-Ice told him to tell Claude the rules: no weapons or cars, only bats are allowed. 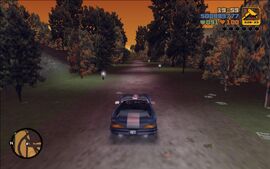 Claude and D-Ice's brother drive to the fight location. 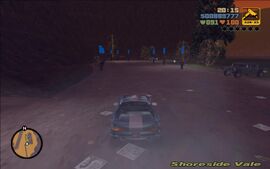 Claude and D-Ice arrive at the location. 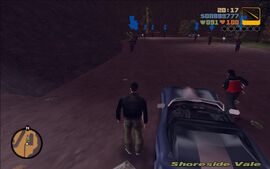 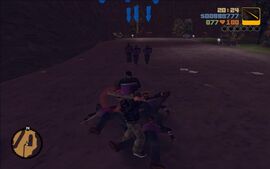 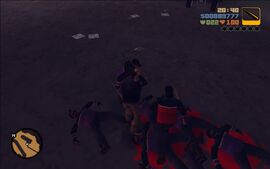 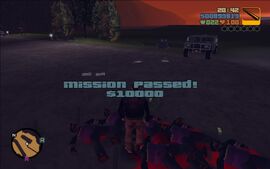