View source
watch 02:34
Fire Emblem Warriors: Three Hopes - The Loop
Do you like this video?
Play Sound
For other members of the Bellic Family, see Bellic.

Jason Zumwalt
“Our sights are set for the top. Mansions in Berchem, penthouse in Algonquin... a model on each arm - me and my cousin Niko, rulers of the world!”
— Roman Bellic to Niko Bellic while on their way to his apartment, in The Cousins Bellic.

Roman Bellic (Serbian: Роман Белић, Roman Belić) is a character in the Grand Theft Auto series who appears as the deuteragonist and a friend in Grand Theft Auto IV and a minor character in The Lost and Damned and The Ballad of Gay Tony. Roman is the older cousin of GTA IV's protagonist, Niko Bellic.

Roman was born in the Socialist Federal Republic of Yugoslavia and moved to Liberty City in 1998, aged twenty-one. He later claims to be living the "American Dream" and that he has two women, four hot tubs and fifteen sports cars. This encourages Niko to join him in America, where Niko discovers that Roman lied about living in paradise; his cousin is actually the owner of a small, gritty taxi firm, a small, roach infested apartment in Broker, and has large gambling debts, owed to the Albanians and Vladimir Glebov. Roman later marries Mallorie Bardas. He is the nephew of Milica Bellic.

Roman Bellic was born in the area of Yugoslavia which is now modern-day Serbia, in Eastern Europe. He and Niko grew up together, and Niko claims that Roman’s mother raised both of them. After the war, she used all of the money she had saved to send Roman to the United States of America. She also wanted to send Niko to the United States, but he stayed behind to fight in the Yugoslav War. After arriving in Liberty City, Roman eventually saved up enough money, and bought two taxis, the cab depot, and eventually an apartment. When Niko complained about Roman's "shitty" apartment, Roman told him he slept under at his desk at his taxi depot for over a year before he was finally able to get the apartment.

In a conversation with Kate McReary, Niko says that he found Roman's mother raped and murdered, although Niko told Roman that she died in a house fire. In conversations between Niko and Roman and other characters, it is revealed that both Niko and Roman's fathers were alcoholic, wife-beating bullies.

When Niko arrives in Liberty City, he soon finds out that Roman is heavily in debt with various powerful underworld figures in the city, including the Russian and Albanian Mafias, mostly due to his gambling addiction. Roman employs his girlfriend Mallorie at his taxi depot; although he is unaware that she is having an affair with Vlad Glebov. Niko kills Dardan Petrela, Kalem and Bledar Morina, three Albanians, when they attempt to collect their money.

Involvement with the Russians

When Roman finds out about Mallorie's affair with Vlad, he is upset, and Niko confronts and kills Vlad for him. Vlad's death causes Roman to become paranoid because he fears retaliation from Vlad's boss, Mikhail Faustin. His worst fears proved to be correct. He and Niko are later kidnapped on orders from Faustin. Faustin shoots Roman in the stomach (because his screaming would alert Mrs. Faustin upstairs, who was watching television at the time), but he survives. This leads to Niko doing a couple of jobs for Faustin such as killing a patched member of The Lost MC - Jason Michaels.

After Niko kills Faustin for Dimitri Rascalov, Rascalov and Ray Bulgarin betray Niko, burning down his apartment in Hove Beach and Roman's taxi depot. The cousins move into Mallorie's friend's apartment in Bohan, where he also opens another taxi depot with the insurance money he received from the fire.

Roman later has a "cold streak" in his poker games, leading the Russians to hire Johnny Klebitz with the help of Malc to kidnap him, taking him to a warehouse in the Industrial area of Bohan. The Russians hope that they can kill Niko when he tries to rescue Roman. But, Niko would later rescue him.

After Niko rescues Roman, he continues gambling. He goes on a hot streak, wins a lot of money, upgrades his taxis from Esperantos to Cavalcades and buys a luxury penthouse in Algonquin, telling Niko they are finally going to live the dream.

Towards the end of the storyline in GTA IV, Niko has to decide if he will kill Dimitri in revenge for his betrayal or work with him again in a heroin deal for Jimmy Pegorino. Roman urges Niko to forget revenge and work with Dimitri, considering the large amount of money he could receive for his work. He tells Niko he would be able to afford a great honeymoon with Mallorie and that maybe he and Niko could take a private jet to Vice City.

If Niko decides to strike a deal, Dimitri betrays Niko again during the mission and was forced to steal the money afterwards, he sends an assassin to kill Niko at Roman's and Mallorie's wedding. Niko fights and kills the assassin, but in the struggle, Roman is accidentally shot in the chest and killed.

After Niko kills Dimitri with the help of Little Jacob, Mallorie will reveal that she is pregnant with Roman's son. She struggles that her son will grow up without a father, but Niko explains that her son will never have to worry about anything.

If Niko decides to get revenge on Dimitri, Jimmy Pegorino will be furious about his business being ruined. During Roman's and Mallorie's wedding, Pegorino attempts to kill Niko in a drive-by shooting, but kills Kate McReary, Niko's love interest, by accident.

After Niko kills Pegorino, Roman tells him that Mallorie is pregnant, and that if it's a girl, her name will be Kate. Niko is still in mourning over Kate's death, but is relieved that now he, Roman and their allies will be able to live calmly without fear of mob retaliations.

“Ladies, this is Roman Bellic but I guess you already know that. Leave a message.”
— Roman's voicemail

Roman mainly appears to be concerned more about making money, possibly being more desperate to prosper than any of the other characters, which has led him to build a bad reputation in the city for his gambling addiction, of which he is constantly reminded by Niko. Despite his love of money and his problems, he cares a lot about his friends and family, and is sometimes annoyed at Niko's affiliation with organized crime. Out of all the characters, Roman appears to be the least interested in organized crime, as he only wishes to earn money and live the "American Dream."

Roman understands that Niko is unable to find regular work, and does not trouble him about his life as a criminal, but instead tells him to be careful, as some of the crimes Niko commits (racketeering, armed robbery, car thefts, assassinations, delivering drugs, etc.), could get Niko an extremely long jail sentence.

These are Roman's favorite places during a friend activity with him:

Getting his likeness percentage high will unlock his special ability to service taxi rides for Niko for free and it will unlock the achievement, Driving Mr. Bellic.


- Heavily in debt.
- Owns a livery cab service believed to be used by criminals for illegal purposes.

- Rumored to be a gambling addict.

After completing certain GTA IV missions, Niko can call Roman; this keeps Niko in touch with his cousin, it explains Niko's opinion and explanation of these missions, and they can even reveal more detail about Niko's character. 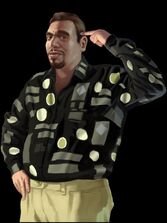 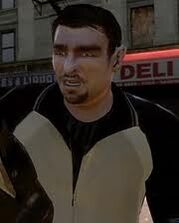 Roman in the mission Hostile Negotiation.

Roman in the mission "Crime and Punishment". 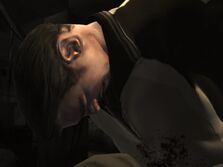 Roman shot in the stomach during mission Crime and Punishment.

A picture of Roman and Mallorie.