“That fat fuck should be taking his daily run in the park. Make sure he's out of breath. Permanently!”
— Salvatore Leone ordering Toni Cipriani to kill Mayor Hole

In 1993, three Russian prostitutes and a manager from a construction company attempted to gain government contracts from Hole, in a scandal referred to as "the million dollar lunch incident", whilst in 1995 he was photographed with members of the Forelli Family. After his re-election, in 1997, he was accused of securing drugs for city officials in return for sanitation contracts.[3] The GTA Liberty City Stories website also suggests that Hole has had sex with at least two underage females. A court case was brought against Hole, who denied knowing that the females were underage and that their driving licenses were fakes. Hole was cleared of any wrongdoing.

By 1998, he has long given up on the democratic process of being mayor. His main political movements before 1998 include raising taxation, reducing public spenditure, increasing bureaucratic costs and keeping Liberty City in the national news. Hole is controlled by the Forelli Family Don Franco Forelli. Hole also works with some construction companies, as confirmed by Avery Carrington on the official GTA Liberty City Stories website.

In 1998, Hole, under orders from the Forelli Family, attempts to arrest Leone Family Don Salvatore Leone, who manages to escape to Staunton Island with Toni Cipriani. After this, and learning that Hole is controlled by the Forelli Family, Salvatore orders Toni Cipriani to kill the Mayor while he is on his morning jog in Belleville Park. After his death, the Leone Family attempt to get Donald Love elected, so as to control him. However, Hole's former opponent Miles O'Donovan is elected, due to Donald Love's connection to the Leone family.

Hole is buried in the cemetery beside the cathedral in Bedford Point. His tombstone reads "Running for office in heaven". 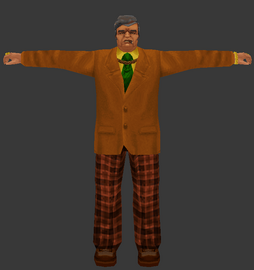 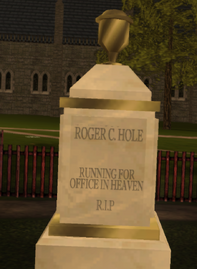