The building of Rise FM is based on the New York City´s Flatiron Building in the east of Newport, with a slightly different design. In both games, it is inaccessible to the player.

There is a replica in Belleville Park and another in Newport with the same design as this, giving a total of three replicas of the Flatiron Building, of which this is the only one known to be owned by something.

In real life, there is also another building in Manhattan resembling the Flatiron Building, the 1 Wall Street Court. 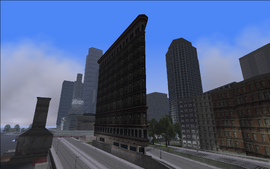 Replica in Newport in GTA III. 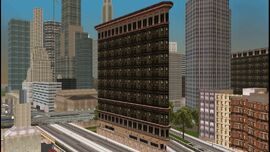 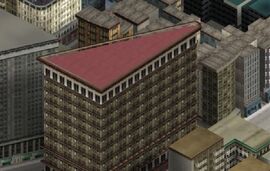 Retrieved from "https://gta.fandom.com/wiki/Rise_FM_Headquarters?oldid=1160919"
Community content is available under CC-BY-SA unless otherwise noted.