Avery Carrington: "Son, you help me and any greaseballs giving you a hard time, I'll see to it they take a long dirt nap."
Tommy Vercetti: "Ok. What could I do for ya'?"
Avery Carrington: "This delivery company's got its depot on some prime land. They won't sell. They're hanging on like a big old prairie rat, so we gotta go in there and smoke that vermin out. Head on down there and stir up a hornet's nest - the security will have their hands full and then you can sneak in and put 'em out of business."
—Avery Carrington then tells Tommy Vercetti about a small company who own some prime development land and refused to sell it.

Riot is the final mission in Grand Theft Auto: Vice City given to protagonist Tommy Vercetti by lawyer Ken Rosenberg from his office in Washington Beach, Vice City.

Tommy walks into Ken's office and finds him talking to Texas property developer Avery Carrington. Avery then tells Tommy about a small company, Spand Express, who own some prime development land and refused to sell it. Avery asks Tommy to destroy the company's delivery trucks, first starting a riot to distract the security guards. Tommy leaves the office and drives to Rafael's to pick up some overalls, before driving to the Spand Express depot. Once there, Tommy starts a riot by attacking some of the striking workers, then kills the remaining security guards and destroys the three delivery trucks parked there.

The reward for completing this mission is $ 1000, Coveralls Outfit is unlocked along with Baseball Bat available in Bunch of Tools and the missions Treacherous Swine and Four Iron are unlocked. 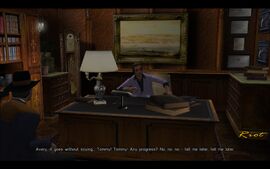 Tommy arrives at K. Rosenberg & Co. to find Ken talking with a man he saw at a party he had recently attended. Upon seeing Tommy, Ken asks him if he made any progress in finding out where their missing money is. Ken quickly tells Tommy to tell him later. 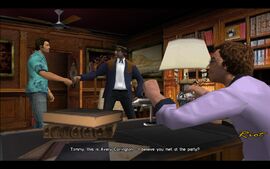 Ken introduces the man to Tommy as Avery Carrington and says that Tommy should have seen him at the party. 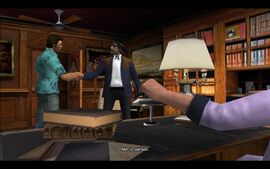 Tommy says that he had seen Avery, but did not talk to him. 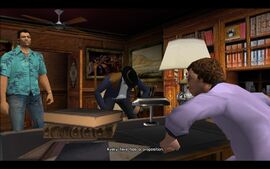 Ken tells Tommy that Avery has a business proposition to them. 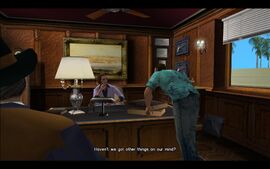 Tommy is not interested in Avery's propositions and wants to talk to Ken about the money they lost. 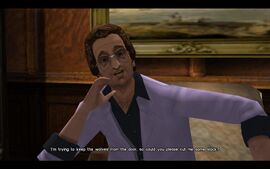 Ken reveals that the proposition Avery has would benefit their attempts to find the money. 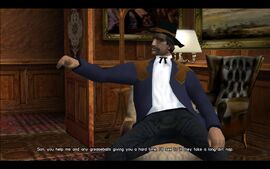 Avery tells them both to relax and tells Tommy that if he would do some jobs to him, Avery would make sure that any mobsters that would try to come after them would end up dead. 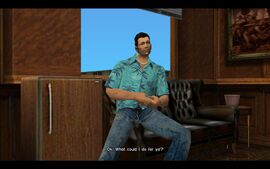 Tommy agrees to Avery's offer and asks what jobs he could take. 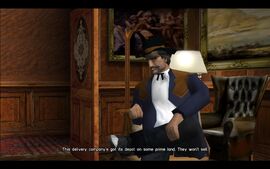 Avery reveals that a delivery company has their depot on some land that Avery, a real-estate tycoon, could use, but they refuse to sell it. 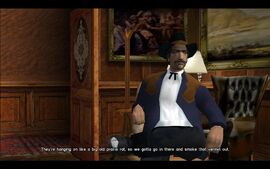 Avery compares the company to a prairie rat and says that if he is to get their land, he will have to flush them out from it. 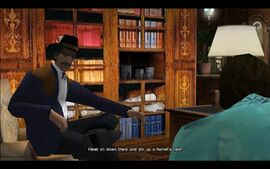 Avery instructs Tommy to head down to the depot and cause some havoc. 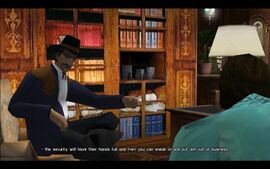 Avery tells Tommy that after he causes a ruckus, the security should have their hands full dealing with it, allowing Tommy to head in and destroy their trucks, putting them out of business and letting Avery to buy out the land the depot is on. 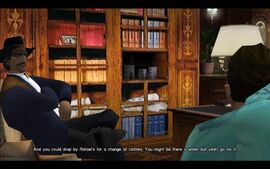 Ken also suggests that Tommy goes to Rafael's clothing shop for a change of clothes, even though he may be there only for a short while. 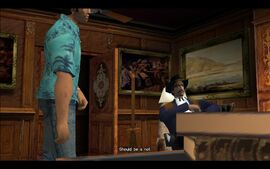 Tommy tells Avery that there'll be a riot. 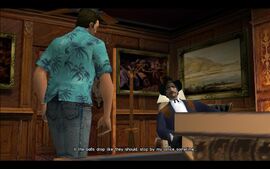 Before Tommy heads out, Avery tells him that if Tommy succeeds, which he thinks he will, then he is free to stop by his office some time for more work. 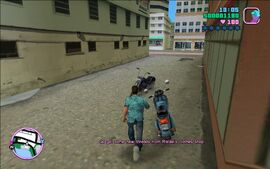 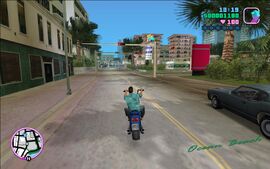 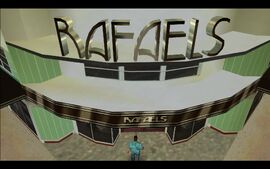 Upon arriving, Tommy heads inside to get a new attire. 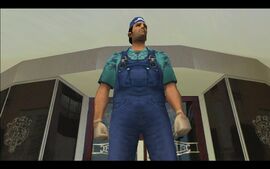 After a few moments, Tommy emerges from the shop wearing some Coveralls. 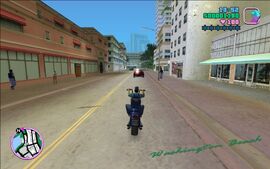 Tommy heading to the Spand Express depot in Vice Point. 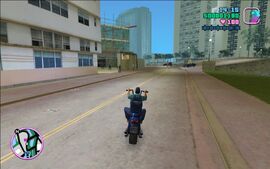 Tommy arriving at the depot. 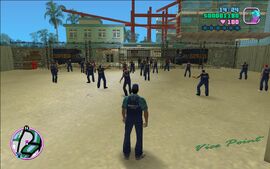 Upon approaching the depot, Tommy finds that the workers are on a strike outside the gate to the depot. The gate is closed and guarded by several guards. 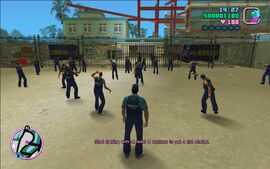 To get to the trucks he has to destroy, Tommy must start fighting with at least four workers to start a riot. 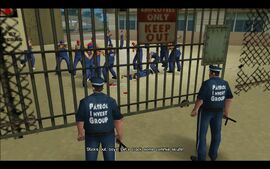 Shortly after Tommy starts the riot, the gate opens and the guards decide to calm the workers down. 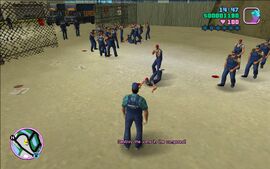 As the gate opens, Tommy has to go in and destroy the trucks inside. 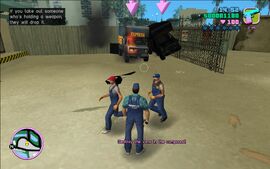 Tommy destroying the first two trucks by shooting a gas barrel near the trucks. 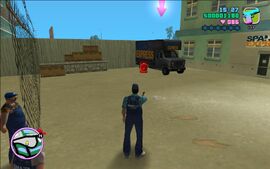 Tommy destroying the third and final truck by shooting a gas barrel he pushed near the truck. 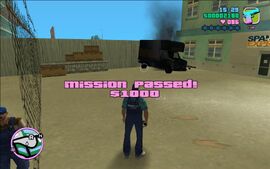 Tommy Vercetti in the Coveralls outside Rafael's

The workers at Spand Express rioting. Note some workers are fighting other workers.

P.I.G.s preparing to beat down the rioters.