Drive to Grove Street amidst the Los Santos riot

• ­Drive back to Grove Street.

Sweet: "Ain't nobody gonna be riotin' in my hood!"
Cesar: "I don't know about that, holmes. Look. The whole city is going up. People are fucking pissed off about this."
―Sweet Johnson and Cesar Vialpando discussing the repercussions of Frank Tenpenny's acquital

Frank Tenpenny, along with Eddie Pulaski, has finally been charged with racketeering, corruption, narcotics and sexual assault. The whole gang, composed of Carl, Cesar, The Truth, Kendl, Maccer, Sweet and Madd Dogg, are gathered in Dogg's living room, watching the news coverage of the trial. Whilst the reported is being aired, Sweet claims that Tenpenny will get 20 years, but Cesar disagrees, claiming that police officers usually get off lightly in the justice system. In the background, the report mentions retracted witness statements and the disappearance of officer Jimmy Hernandez and Pulaski, who is believed to be on the run. A few moments later, the reporters exit the courtroom and Tenpenny's lawyer reads out a statement revealing that the district attorney has cleared Tenpenny of all charges due to a lack of evidence, essentially allowing Tenpenny to walk away a free man and to continue his unlawful actions with the support of the LSPD behind him.

Tenpenny's acquittal causes public outrage and the city erupts into rioting. Sweet is determined that there will be no rioting in Grove Street and asks Carl to take him back. Carl and Sweet drive through Los Santos, avoiding the rioting that has erupted around them. Once back in Grove Street, Sweet plans to "lock down the hood", while Carl says he is going to explore the city and see what is going on.

There is no reward for this mission, though the mission Los Desperados is unlocked. 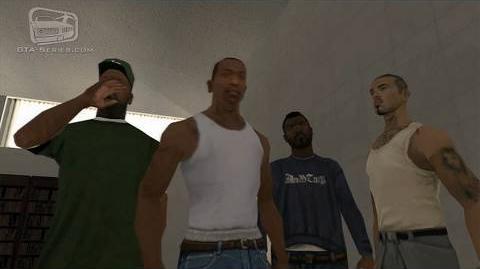 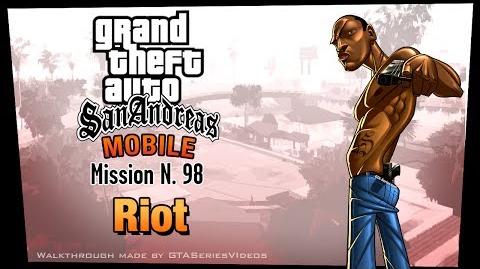 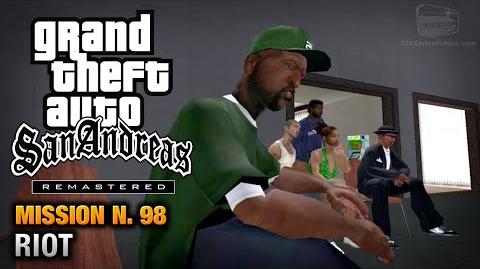 العربية
Community content is available under CC-BY-SA unless otherwise noted.