The Art of Contemporary Killing. How do you kill?Righteous Slaughter 7 taglines

It is a sequel to Righteous Slaughter 6, which came out 3 months before. The game features a wide variety of weapons, from assault rifles and miniguns to feces on a stick.

The game parodies over-the-top first person shooter franchises such as Doom, Duke Nukem, Serious Sam, etc., with its use of over-the-top gameplay, extreme gore, silly weapons, and hordes of enemies but the main target it seeks to satirize is modern military shooters, notably the Call of Duty series. Like Call of Duty, RS7 is regarded as being annual and repetitive (the game is rated PG which stands for "Pretty much the same as the last game"), overly reliant on downloadable content, the multiplayer being the sole focus of the game and its audience, and featuring the American military invading and killing enemies for morally questionable reasons while still being presented as the heroes (hence the name Righteous Slaughter). RS7's plot of a Russian/Asian/Muslim enemy parodies the typical antagonists in Call of Duty and Tom Clancy's Ghost Recon, however, the gameplay in Righteous Slaughter does not resemble the slower-paced, less frantic shooter style of Ghost Recon.

Characters such as Jimmy De Santa and Lester Crest are the only characters seen playing it, though sometimes when switching to Michael, he can be seen immediately quitting the game while cursing at all the "millennials" he lost to.

It has its own accessible website, Righteousslaughter7.com. However, Righteous Slaughter 7 is not playable in the actual game.

Righteous Slaughter 7 primarily focuses on multiplayer and DLC advertising; however, the game has a single-player mode as well.

The game's campaign centers around Vladisakia Puchinkov, a generalized pastiche of action movie/video game villains who is said to be "half Russian, half Asian and half Muslim". Puchinkov has amassed an army of mercenaries and a variety of weapons capable of destroying the world. He plans to launch a strike against the USA from his secret jungle base, aiming to "defeat the Americans", although his exact agenda and motives remain unexplained, but is most likely for governmental reasons. The player assumes the role of a member of a secret military unit codenamed Bravo Sierra, who attempt to stop Puchinkov. Missions include saving an orphanage from a terrorist attack, destroying nuclear weapons and a neurotoxin prototype, as well as several out of place flashback scenes, including one "where JFK and Castro duke it out on the moon".

Multiplayer is the primary part of this video game. It encourages rivalry, hatred between players and fanaticism, and mostly rewards killing sprees and weapon usage variety over team play and basic coordination. Multiplayer gameplay footage is available for viewing at righteousslaughter7.com. 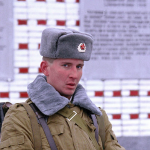 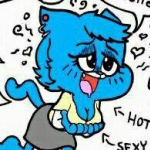 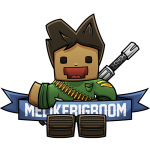