View source
watch 02:52
Roblox: DeepWoken - The Loop
Do you like this video?
Play Sound
For the mission with the same name in Grand Theft Auto IV, see Rigged to Blow (GTA IV).

In-game time
“Some effa has wired my wheels to blow. If I lose those wheels, my rep on the street will be dead. Pick up my car and take it over to the garage on St. Marks, a'right yo. Let them diffuse that, let them take care of that bomb. The clocks ticking and the wiring is messed up. One pot hole too many and that thing could blow. Now move it!”
— D-Ice

Rigged to Blow is a mission in Grand Theft Auto III given to protagonist Claude by Red Jacks leader D-Ice from a public phone booth in the Wichita Gardens neighborhood of Shoreside Vale, Liberty City.

If the player has completed Rumble prior, this mission becomes the only repeatable mission the player will receive from D-Ice. It is one of 3 missions repeatable in this game.

D-Ice's Infernus is rigged with a timed explosive. He instructs Claude to drive the car to a garage in Saint Mark's, Portland to defuse the bomb. The bomb is sensitive, so too much damage to the car will detonate the bomb. After the bomb has been defused, the car is returned in perfect condition to the original parking spot. If the car is damaged, the player must repair it before delivering it. 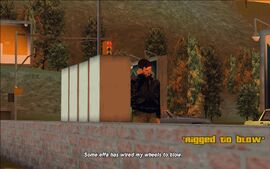 Claude picks up the ringing payphone in Wichita Gardens and is told by D-Ice that someone rigged his car with a bomb. 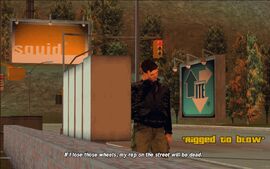 D-Ice says that losing the car would damage his reputation in the streets. 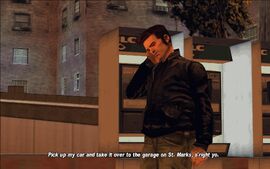 D-Ice tells Claude to take the car and drive it to a garage in Saint Mark's, where the bomb would get disarmed. 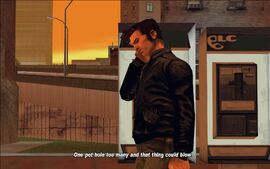 Before Claude goes, D-Ice tells him to be careful - the slightest bump could set the bomb off. 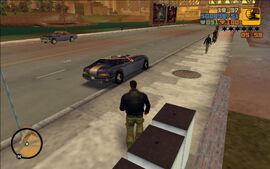 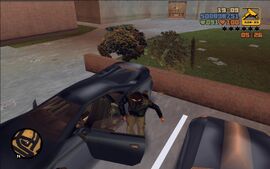 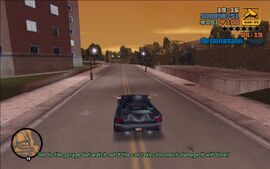 Claude is reminded not to damage the car too much, or else it will blow up and take him with it. 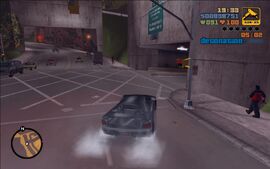 Claude, about to enter the Porter Tunnel. 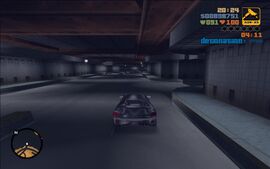 Claude on his way to Saint Mark's in Portland. 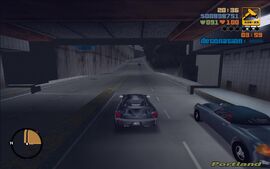 Claude emerging from the tunnel. 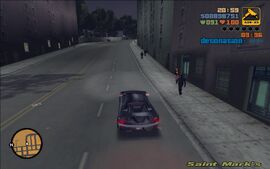 Claude making his way to the garage in Saint Mark's. 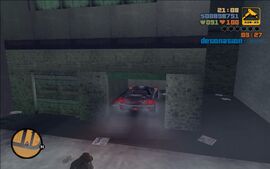 Claude parking the car in the garage. 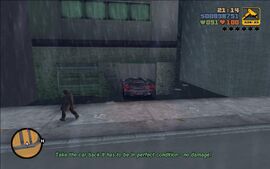 After the bomb has been defused, Claude has to take it back in mint condition. 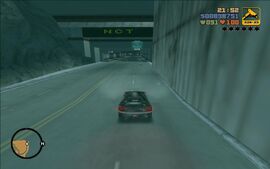 Claude going back to Wichita Gardens. 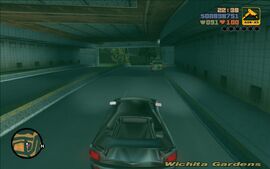 Claude emerging from the other side of the tunnel. 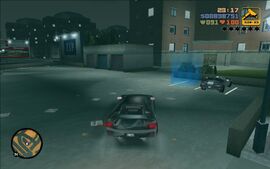 Claude arriving back at the car lot. 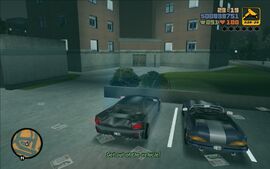 Claude parking the Infernus where he found it. 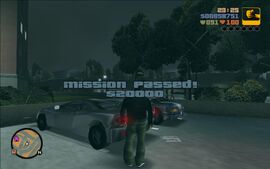