Diaz is the leader of his own drug cartel and, by 1986, is the drug baron of Vice City.

Ricardo Diaz was born in Colombia and moved to the United States in 1978, bribing the INS for a green card, before moving to Vice City in the early 1980s. [1]

Diaz invests money into a mansion on the expensive Starfish Island and, whilst his home is partially built, meets and befriends Lance and Victor Vance. He has them steal a drugs shipment of Juan Cortez, under the supervision of Gonzalez, which Vic does successfully. Following his success, Diaz decides to employ Vic more work and has him go to a meeting with the DEA, which is ambushed by Gonzalez and his crew, although Vic manages to kill Gonzalez' men and make the deal with the DEA, securing Diaz gets a large supply of heavy duty guns. Diaz becomes aware that Gonzalez has betrayed Colonel Juan Cortez and explains to Gonzalez that he will inform him of all of Cortez' drug deals, with Diaz ordering Victor to drive Gonzalez to the airport.

Lance Vance then borrows money from Diaz and has his brother work to repay the debt, with Diaz having Vic destroy Armando Mendez' bearer bonds using a Domestobot, before having him steal an attack helicopter from the Fort Baxter Air Base in order to attack the Mendez Compound in Downtown, Vice City. Having been successful in stealing the helicopter, Vic attacks the Mendez Compound on Diaz' orders and kills both Diego Mendez and Jerry Martinez. Following this, Vic and Lance decide to leave Vice City.

Sometime in between 1984 and 1986, Diaz establishes himself as the drug baron of Vice City and finishes the building of his mansion. His drug habit continues and he has become far more paranoid. Diaz sets up a number of foundations across Vice City and Latin America, although the Vice City Police Department believe them to be a front, whilst they also suspect him of eighteen murders. Diaz has also established a protection racket in the city. Diaz, continuing to use information from Gonzalez, has a drug deal between the Forelli Family and the Vance Crime Family ambushed, stealing both the drugs and money. Victor Vance and two members of the Forelli Family, Harry and Lee, are killed during the ambush, while the others escape alive.

He later appears at one of Juan Cortez' parties, which was also attended by Forelli representative Tommy Vercetti. Cortez begins to investigate the deal and discovers Gonzalez' involvement and has him killed. Cortez openly suggests that Diaz may have been involved, but does not accuse him.

Cortez employs Vercetti and Lance Vance to protect him in a deal with the Cubans from Haitians, which results in Diaz hiring the two for other jobs. Diaz first has the two deal with the Streetwannabe's, who have been stealing three percent of his profits, first following a gang member to an abandoned home and then attacking the home, killing a number of the gangs members. Later, Diaz has to steal the fastest boat in the city and then use the boat to purchase drugs from a dealer, before escaping the other potential buyers.

“I trusted you, Tommy! I would have had you made...”
— Ricardo Diaz, seconds before his death.

Lance eventually decides to avenge his brother's death and kill Diaz, but his plan backfires. Despite this, Tommy rescues him at the Junkyard, with Lance severely injured due to being tortured by the cartel. The two of them later assault Diaz' mansion, killing all of his men and Diaz himself.

Concept art on the Rockstar North's website shows that the working name for Ricardo Diaz was "Fernando Diaz".

The 1983 film Scarface may also be an influence of Ricardo Diaz' character, Frank Lopez seems to be his main inspiration. Diaz' mansion is similar to Montana's, whilst Diaz wears exactly the same clothes as Montana during the drug deal and famous chainsaw torture scene. Diaz' actions in scuttling the Forelli-Vance drug transaction and his men's torture of Lance is similar to how Frank betrayed Montana, additionally, the way Tommy and Lance kill Diaz and take his empire is similar to how Manny Ribera kills Frank for Tony and Tony takes Frank's empire.

Another likely inspiration is the character "El Gato" from the 80s TV Show Miami Vice. Like Diaz he is of short stature and frequently loses his temper. He also uses a Magnum revolver as his weapon of choice. 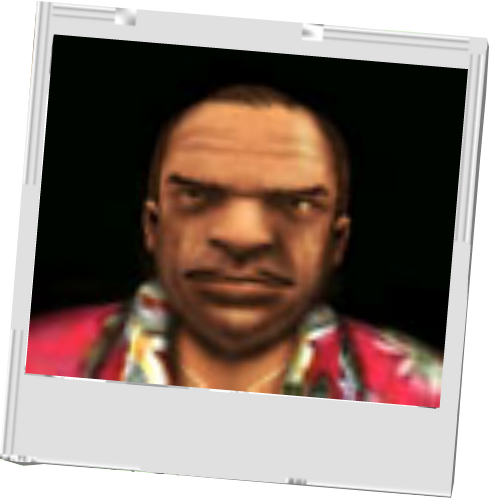 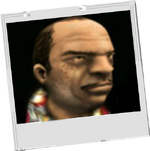 Ricardo Diaz with The Twins as seen the on the back of the PS2 manual.

Ricardo Diaz with his men and Victor Vance, from the mission The Exchange.

Diaz checking the CCTV camera in the mission Rub Out.

Ricardo Diaz about to be killed by Tommy Vercetti and Lance Vance, from Rub Out.