21:00
“Let me tell you a story. A local international businessman once sold some very expensive cars to a foreign buyer - off the books, of course. The cars were leaving town in the back of a privately chartered cargo plane, when a totally unconnected third party intercepted the shipment. After a discreet interval, they sold them back to the businessman for a small profit. A beautiful story, no? I have told it many times, and the cars never change...”
— In-game description.

Simeonomics is a Premium Deluxe Repo Work Mission featured in Grand Theft Auto Online as part of the continuation of the Arena War update, released on May 9, 2019, during the GTA Online Bonuses (May 2019 Part 1) event. It is given to the players by Simeon Yetarian and is available from 1 to 4 players.

The players must go to the Los Santos International Airport to steal anywhere from two to four target vehicles, depending on the number of players, that are stored in a Cargo Plane, which can be parked at two different locations at the airport. A Tyrant and Nero Custom always have to be stolen, alongside another Tyrant and another Nero Custom, appearing if there are more than two players, in that order.

Upon arriving at the airport, the players are given a choice to steal the vehicles stealthily or not. As there are many security guards present, it is recommended completing the mission using stealth. Should the players alert any guards or workers on their way to the vehicles, they will be given a three-star wanted level.

After the players obtain the vehicles, they need to lose their wanted level if they have one, and deliver the vehicles to Simeon's dealership in Pillbox Hill, after which the mission will be completed.

“This is your chance. The plane is on the tarmac now. Get down to the airport.”
— Shortly after starting the mission.
“I would rather do this quietly. Not so many loose ends. But it is up to you.”
— Upon arriving at the airport.
“Judging from the police scanners, you are about to have company. At least they are fast cars, eh?”
— If the players get caught in the airport.
“The police scanners are still silent. I am impressed. Now bring the cars to me. Carefully.”
— If the players successfully steal the cars without alerting anyone. 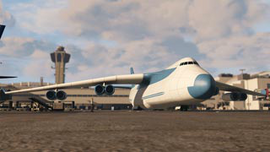 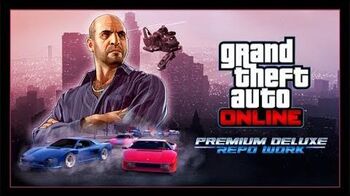