• ­Save hapless crime victims from their attackers before their health bar depletes.

• ­Save another person from their attackers.

• ­Somebody is in trouble. Help them before it's too late.

• ­You have enough rookies. Take them to the tattoo parlor.

"There's surely many immigrants on the streets, all suffering regular abuse from the authorities and local punks. Find these terribly unfortunate souls, Huang, and show them a life of honor is worth dying for."
―Kenny Lee

Recruitment Drive is a mission in Grand Theft Auto: Chinatown Wars given to protagonist Huang Lee by his uncle and Lee Family head Wu Lee.

Wu Lee complains that his goons are all cowards who don't want to fight for the Triads. He wants new recruits for the gang so he asks Huang to find immigrants who are being beaten on the streets and recruit them.

The player needs to recruit three crime victims by saving them from the hoodlums that holding them captive in various random locations. Find then, kill all the hostile gang members (there will always be two to five of then) and collect the victim. If any of the victins dies during the mission, the player will need to go to an extra location to collect another victim.

Once the player saves three potential recruits, head to a tattoo parlor in Cerveza Heights. Be careful, some of the hoodlums will try to attack the player on his way to the tattoo parlor. In the parlor, complete the minigame to tattoo a Triad code gang symbol on one of the mens' lower torso. After the events in the tattoo parlor take place, the mission ends.

The reward for completing this mission is $50. The mission Carpe Dime is unlocked. You can also return to the Tattoo Parlor to tattoo more recruits.

I even tattooed one of them, well, more like scarred him for life. Maybe I should go back and practice.

It's not that I think tattooing is going to be a skill that'll come in handy, it's just a lot of fun scarring simpletons." 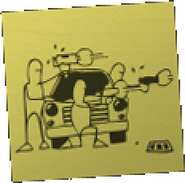 Recruitment Drive
Add a photo to this gallery 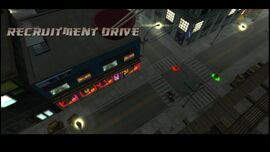 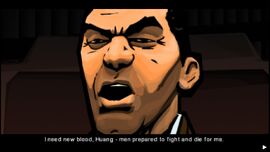 Kenny says he needs more gang members in his gang; members prepared to fight and die for him. 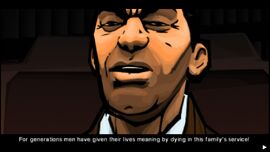 He says that "fight and die for his family leader" is a old tradition of the family. 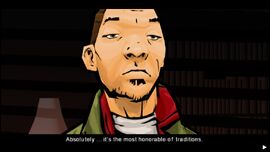 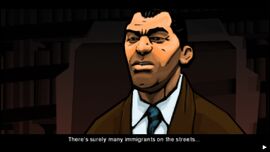 He says there's a lot of immigrants on the streets, all suffering from regular abuses from authorities and local street punks. 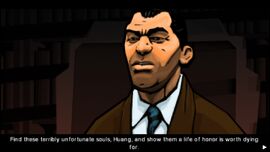 Kenny asks Huang to recruit these immigrants to the gang. 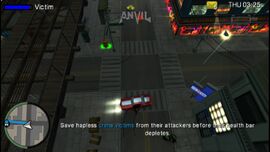 Huang leaves the restaurant and gets a car. 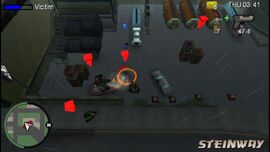 Arriving at the first location, Huang kills the street punks who were attacking a chinese immigrant. 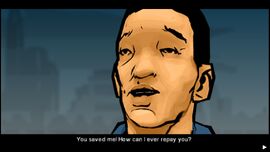 The immigrant thanks Huang and asks how he can repay him. 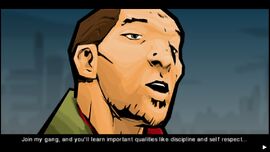 Huang asks him to join his gang. 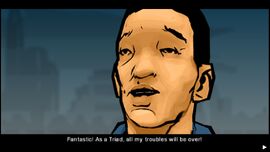 The immigrant says if he becomes a Triad, all his problems will disappear. 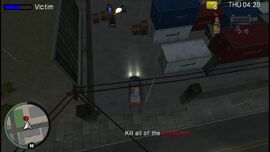 Arriving at the second location, Huang finds another immigrant being attacked by street punks. Huang and the Triad rookie manage to save him. 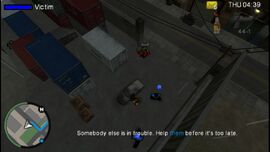 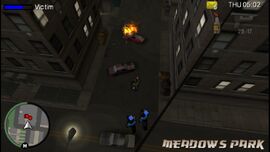 Huang arrives at the last location, where he finds a car on fire and another immigrant being attacked by three hoodlums. 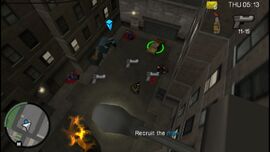 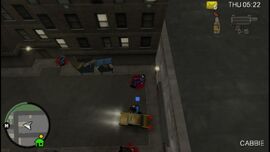 Huang recruits the last one. 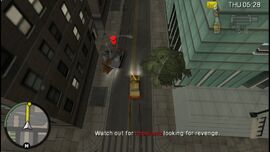 The hoodlums start to chase Huang and the player is given the choice to either lose or kill them. 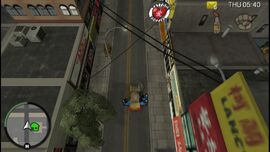 Arriving at the tattoo parlor in Camden Avenue. 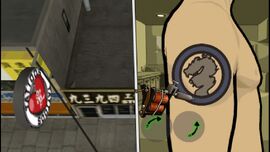 Huang tattooing a Triad symbol on one of the recruited goons. 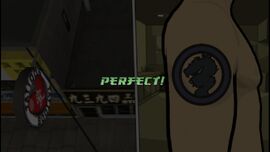 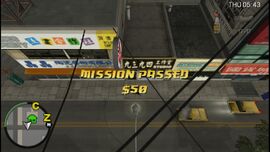 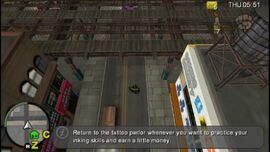 The tattoo parlor side mission is unlocked.

Retrieved from "https://gta.fandom.com/wiki/Recruitment_Drive_(GTA_Chinatown_Wars)?oldid=1182527"
Community content is available under CC-BY-SA unless otherwise noted.