The Recovery is, as implied, a vehicle intended to recover vehicles that are unable to move, evidenced by the ramps on the back and the unusable strobe lights. While the Nintendo DS rendition assumes the design of a large truck similar to the Yankee or the Tanker, the iOS rendition assumes the appearance of a Packer from the 3D Universe, with a cab-over design from the HD Universe rendition (albeit with some tweaks, such as the radiator grille and the cab shape).

The Recovery's only paint scheme is red (DS version)/grey (PSP version)/white (iOS version) and it cannot be resprayed at a Pay 'n' Spray owing to its size. Contrary to its purpose, the Recovery cannot be used to tow cars.

The Recovery is large and can knock other cars out of the way with ease. Its size means that it can sustain a good amount of damage before exploding. It has moderate acceleration, but its handling could be better, featuring poor cornering due to its long wheelbase and heavy weight. Its slow speed makes it easy for the police to bust the player. 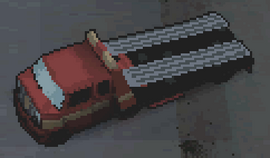 The Recovery in the Nintendo DS version of Grand Theft Auto: Chinatown Wars. 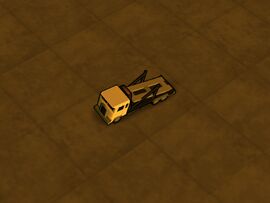 The Recovery in the iOS/Android versions of Grand Theft Auto: Chinatown Wars.

The Recovery is pretty rare and, with only one location in the entire city, it is also hard to find and is not driven on the streets (except during Pimp His Ride and The Tow Job).

A Recovery with a Hellenbach in the back appears during the mission The Tow Job.