Record A Studios is a recording studio featured in The Contract update for Grand Theft Auto Online. It is owned and operated by Dr. Dre.

The recording studio was opened in c. 2021, occupying the north side of the Mors Mutual Insurance building on Mad Wayne Thunder Drive in Rockford Hills, Los Santos.

Upon entry, the Front Desk area is staffed by a single receptionist at a workstation and there is a security camera terminal that players can use. DJ Pooh can sometimes be found here. On the right of the reception area is a merchandise store where clothing can be purchased. A door to the left leads to the main corridor.

The first door on the right is marked with a Recording light above it and opens to a small foyer with opened double doors on the left and a single door straight ahead leading to the recording booths. A third door marked Lounge has a Corona in front of it and leads to the Smoking Room if the player has completed the Dr. Dre contract. It is inaccessible to other (invited) players. Dr. Dre and Anderson .Paak may spawn in the lounge.[1]

The double doors lead to the main recording Control Room, which is dominated by a semi-circular mixing desk and Lola Romero's workstation where she can normally be seen working. Numerous keyboards and a pair of vocal microphones allow recording to take place in this room. Full length soundproof windows look out of the control room into three of the four recording booths. A bar with whiskey and vodka and a sofa are available for relaxation. The Unnamed Party Girl and her friend or DJ Pooh can sometimes be found here and will talk to idle players.

Opened double doors at the other end of the bar lead into another foyer where a left turn will take players back to the main corridor and the back exit. Turning right from the foyer leads to the first of the four recording booths. This contains a drum kit. An opened soundproof concertina door connects this booth to the main Tracking Room, a large domed ceilinged room with a grand piano prominently positioned near the center. A partitioned-off vocal mic is seen along with acoustic guitars and bongo drums. A small dedicated vocal recording booth is located in the far corner through a door. An equipment store room with wall-hung guitars, spare microphones and a server rack is next, followed by another Music Booth with another drum kit, guitar rack and vocal mic. The door out of this booth leads back to the first foyer outside the Lounge/Smoking Room.

Throughout the interior, gold and platinum discs are on display on the walls along with guitars. One gold disc[2] for OG Loc mixes up his OriGinal record with a plaque for str8 from tha streetz. Correct versions of the award for both records can be found elsewhere in the building.

Exits are available at the front door and the far end of the main hallway. Players can choose to exit to the street or go to the roof where there is a non-functional bar and a working hot tub.

There are seven hidden rooms/corridors not shown on the interior map where NPC staff can sometimes be seen entering and exiting in Free Mode sessions. The player can not get access through these doorways, even when following an NPC closely. During Studio Time, these are used by Johnny Guns' Hired Gunmen to enter the studios and often flank the players. Occasionally, a door may be left open and the player can then enter these areas.

The studio is first encountered during the events of The Contract update, when the player is tasked with clearing out the studio of Johnny Guns' Hired Gunmen after they seized the interior and trapped Dr. Dre inside.

Once the men have been taken care of, DJ Pooh clears the bodies from the studio. Once done, Anderson .Paak and Dr. Dre improvise a song together while others in the room drink and have a good time.

After the completion of Dr. Dre's contract, DJ Pooh invites the Protagonist and their associate for a tour of the studio, along with Franklin and Lamar. During the tour, the group makes a visit to the smoking room, where the Protagonist and their associate smoke Lamar's LD Organics "Special Strain" and have an "out-of-body experience" whereby they lose consciousness and undertake the first of three Short Trips, seemingly becoming Franklin and Lamar.

“Hey, hey, what's up? How's it going? Listen. You gotta come down to the studio. There's something jumping off that you gotta see. Believe me. You will not regret it.”
— Dr. Dre's phone call to the player.
Go to Record A Studios to watch an exclusive recording session by Dr. Dre and Anderson .Paak that will begin shortly.

Dr. Dre will sometimes call the player and invite them to enter the studio to attend a recording session with Anderson .Paak. Depending on how quickly after the call the Protagonist arrives at the studio, they may see a cutscene of Dr. Dre arriving, or Dr. Dre will already be recording with Lola Romero. Should Dre get there first, he will send the player a mission invite which, if accepted, will fast travel the player inside the front entrance of Record A Studios. DJ Pooh, the Unnamed Party Girl, and her friend will be watching on. Five to six minutes later, a cutscene will play of Anderson .Paak arriving. He will re-record, this time in non-cutscene mode from Studio Time, his freestyle rap with Dre or his drum parts for the song "ETA", collaborate with Dre and Lo' for four to five minutes as they mix and refine it, and then bids them farewell before leaving. After working on a second song with Lo' for another five to six minutes, Dr. Dre will say farewell to Lo' for the night and leaves the studio to go home, ending the recording session. During the session Rockstar Editor recording is disabled inside the studio and access to the back of the mixing desk and the drum recording booth AP is using is restricted.

“Hey partner, got word from Pooh that Dre is back in the studio. You should head on over. See him work his magic.”
— Franklin's text message

Players can invite others who do not have individual access to the studio to watch the sessions and they will also accumulate time towards the award.

“Dre ain't here. So... basically have fun.”
— DJ Pooh comment inside the studio.
You can now visit Record A Studios at any time. This new social space allows you to hang out with other players.
Return to the Smoking Room in the studio to continue your Short Trip with Franklin and Lamar.

After completing The Contract: Dr. Dre and the first Short Trip as Leader, players are able to freely enter the studio and can use the Interaction Menu to invite other players to join them, even those who have not completed the pre-requisite jobs.

If the player who invited the non-qualifying players leaves the building or the session, the other players will be allowed to remain in the studio, but will be unable to re-enter if they exit to the street or the roof.

“You here for the back room? Shit, after all that shit that went down, you can do whatever the fuck you want.”
— DJ Pooh to the player

The Smoking Room is accessible to players who have completed their first Short Trip, with the option to invite associates in with them. Players in the smoking room can simply relax and smoke while listening to Franklin and Lamar, or they can partake in more of Lamar's "Special Strain" to initiate their next available Short Trip.

Return to the smoking room inside Record A Studios at any time to replay the Short Trips. When in the smoking room, the difficulty can now be adjusted via the Interaction Menu to earn additional Cash.

After completion of all three Short Trips as Leader, the player can replay them from the Smoking Room with increased difficulty and reward.

The player, DJ Pooh and the party girls watching the session.

Dre leaves at the end of the session.

The bar and sofa.

A Music Booth for drums.

A large Tracking Room for various instruments, featuring a large grand piano in the center.

The player in a "hidden" room at the end of the main corridor during Studio Time.

Another "hidden" room, behind a drums recording booth. 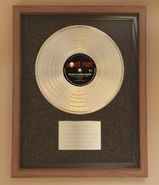 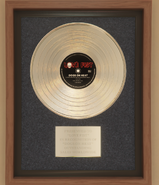 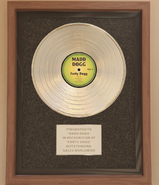 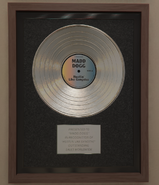 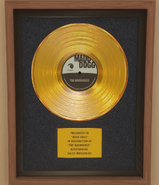 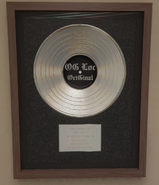 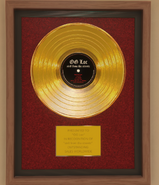 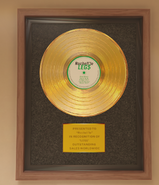 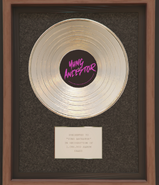 The minimap icon and entry corona visible after completing the first Short Trip.

View from the northwest corner.

The Media Stick on the rooftop bar.

Dr. Dre and DJ Pooh in the studio.

Part of the recording studio.