Rancho has a huge gang presence, supplemented by a high crime rate. The area contains small-time businesses, small, single-family homes, and a large housing project complex to the south. Rancho is the turf of the Los Santos Vagos and the Varrios Los Aztecas, who contribute to the majority of the area's problems. The neighbourhood is home to a significant Latino (Mexican and Central American) community. 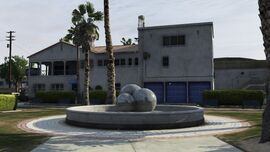