"Chiliad Mountain State Wilderness: playground for uptight hikers, creepy bird watchers, trail mix enthusiasts and drug runners. Fight a rival crew for the rights to the tunnel shortcut to the Alamo Sea, and put them out of business by taking their product and banking it on your side of the tunnel."
―-Match description

The Raid is unlocked once rank 8 is achieved, and is set in the Chiliad Mountain State Wilderness. The main 'war-zone' is set in the tunnel going under the mountain landscape.

Players fight to collect Duffel Bags to win, they can be found near each of the opposing bases.

Weaponry is quite average, from Micro SMGs to Sniper Rifles, no special weapons are found.

Only 2 vehicles can be found at each base, these are the rusty variant of the Rebel and the Sanchez motorcycle. They can be used to transport players to the other side of the tunnel.

A good way to control the amount of players coming towards your base is to climb up the embankments on either side of the tunnel and shoot them with the Sniper Rifle when they come out of the tunnel. This controls the flow of other characters trying to reach your Duffel Bags while your team mates collect Duffel Bags at the other side. 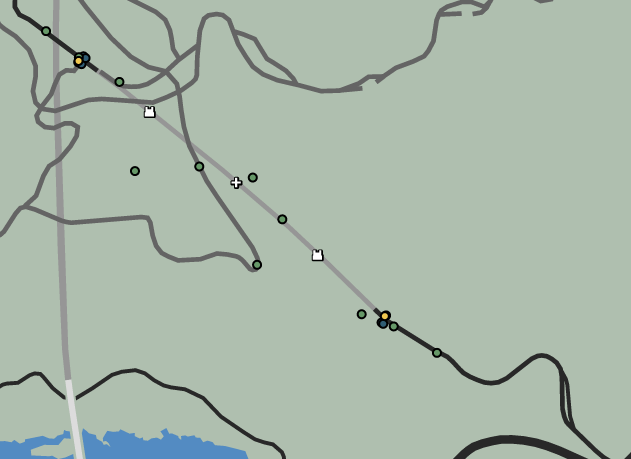 Retrieved from "https://gta.fandom.com/wiki/Raid:_High_Road?oldid=892928"
Community content is available under CC-BY-SA unless otherwise noted.