"No strangers to dealers and dead bodies, two outfits try to steal each other's product in the fields and along the 'grow tunnels' of rural Grapeseed. Get a rival's output from their patch and bring it back to yours to bank it."
―-Match description

Raid: FarmVillain is a Capture:Raid job featured in Grand Theft Auto Online. It is unlocked at Rank 26.

The Raid takes place on the fields of a farm in Grapeseed. There are two bases located at either end of of a drug-farm area, A dirt track is a good use of defense, as large hay bales and huts or located on it.

The bases are directly opposite each other, in the middle of the intersections.

Weapons are located across the entire farm, Sniper Rifles and Micro SMGs are most common, but a few Sticky Bombs and Assault Rifles can also be found. 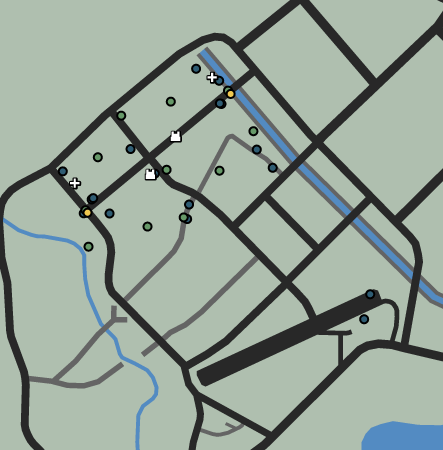 Retrieved from "https://gta.fandom.com/wiki/Raid:_FarmVillain?oldid=892926"
Community content is available under CC-BY-SA unless otherwise noted.