"Two outfits fight for exclusive import rights at Los Santos International. Get as much of your rival's product back to your base of operations as you can, while they try to do the same. Be careful though, you'll only have Airtugs for transport if you miss out on the three choppers in no man's land."
―-Match description

The Raid is unlocked at Rank 20, and is set in the main loading bays of the Los Santos International Airport.

The main task is to collect the Security Cases found around the airport. The bases are located in the north cargo-bay-area of the airport, and near the terminal boarding ramps near the 2 southern runways.

Vehicles are found across the entire airfield, from helicopters found next to the roads approaching the northern base, to Airtugs found near each of the bases. 1 or 2 Fire Trucks are also found at the Fire Station near the northern base.

Weapons are also quite a range, the most common weapons found are rifles, to SMGs. Grenades are also present. 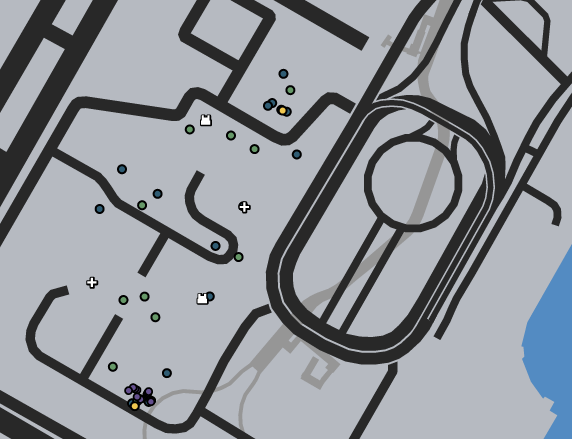 Retrieved from "https://gta.fandom.com/wiki/Raid:_Baggage_Handlers?oldid=1186102"
Community content is available under CC-BY-SA unless otherwise noted.