This article or section needs to be cleaned up to meet the standards of the GTA Wiki.
This page, along with some other ones, just like Paramedic and Firefighter, needs necessary cleanups, including unencyclopedic writing style and too much derogatory words inferring to the player.

Each race follows a different course. You must pass through a succession of markers, and you must pass through a marker to activate the next marker. In order to successfully complete a race, Carl must finish in first place. Each first-place finish carries a reward of $10,000. Finishing all races in first place gives the player an additional $1,000,000; doing so is also necessary for achieving 100% completion. The air races are an exception as they are considered "won" as long as the player simply completes the set course - there are no competitors or time limit. The races can be completed in any order and at any point once they are unlocked. There is no entry fee (unlike the Turismo race missions in Grand Theft Auto: Vice City Stories).

When Carl enters the marker for a tournament, a selection of races are shown, with maps indicating length and location. Choosing a race automatically transports Carl to the starting line (which may be a considerable distance from the marker), and places him inside a vehicle (usually a different one each race, with a mix of cars and motorcycles for the road races). The selection screen also indicates best time and position for the race (if you've attempted it). There is no limit to the number of times you can attempt a race.

The road races place car in the "back of the pack" and most of the races offer a variety of hazards ranging from collisions with obstacles like poles, to driving off cliffs and into rivers. If the vehicle Carl is driving is destroyed, or Carl intentionally destroys an opponent's vehicle, he is disqualified from that attempt at the race. If Carl exits his vehicle, he has 25 seconds to re-enter it, or the race will fail. The quickest way to abort a race and start over is to destroy the vehicle, but Carl must not be inside when this happens, otherwise he'll be wasted.

Regardless where the race begins or ends, whenever you complete a race or decide to quit the tournament you will find yourself back at the original staging location. An exception to this is if you end up wasted during a race, in which case you will end up at the local hospital (or in front of Katie Zhan's House if you're dating her and are wasted during one of the San Fierro races). It is also possible to obtain wanted level during a race; depending on how many stars you get, the wanted level may still be in place if you try the race again, or if you quit the tournament. As such, it's possible to be busted or even wasted by police during the course of a race. The most frequent cause of obtaining a wanted level is colliding with a police vehicle during the race or running over a pedestrian within sight of one, though using firearms or explosives to destroy a vehicle will also trigger it (though doing so will result in race disqualification).

Note: three races offered from Los Santos are identical to ones undertaken during various missions. When the race tournaments are unlocked the player is given credit for these races and does not need to do them again; they're made available in order to allow the player to better his time, but this has no bearing on the overall completion of the tournaments. The major difference between the replay races and the original missions is Carl is assigned a vehicle and cannot bring his own as he did originally.

Any vehicle brought to the race trigger point will disappear after the races, so it's advised, as with most other missions, not to bring a prized vehicle to the site.

Into The Country (Bullet Race) 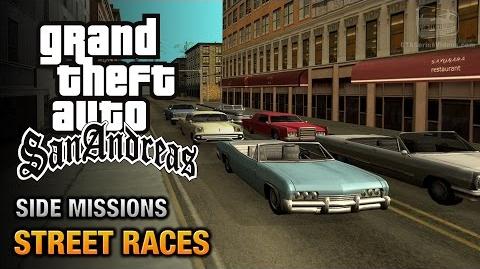 Note: these races differ from the others in that Carl is not pitted against any opponents, although obstacles like trees and buildings can make them tricky. 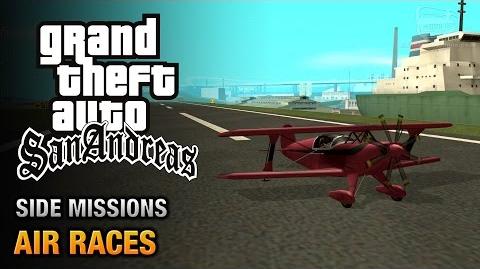