"Put RON in your tank."
"Refining Our Nation"
"Until the last drop"
"Stop'N'Go"
"Stop'N'Snack"
"Giving You Both Barrels"
"Don't Pump And Run"

RON (BAWSAQ: RON) is a multinational petroleum company featured in the HD Universe of Grand Theft Auto series. The player can buy stocks of the company at the Bawsaq.com website in GTA V.

RON fueling stations can be found throughout both urban cities and rural counties in the games and has its corporate headquarters located in Alderney City.

RON is most prominent in both games in the form of its numerous gas stations all over Liberty City and Los Santos. In GTA IV, RON storage tanks can also be found in Francis International Airport and Acter Industrial Park. RON is headquartered at the RON Building in Alderney City, Alderney, and also operates a refinery at the Acter Industrial Park, also in Alderney. In GTA V, the company owns a large wind farm in Los Santos County, San Andreas, named the RON Alternates Wind Farm, operated by the Los Santos Department of Wind Power.

The company motto, "Put RON in your tank." is a play on an old Esso slogan, "Put a tiger in your tank!".

The company appears to be a common target from environmental protesters who claim RON pollutes beaches by defacing their billboards and making graffiti mocking RON's name and logo. This is very similar to Shell and BP, both of which are accused of causing pollution and climate change by environmental activists.

RON's corporate livery, logo, and gas station designs are similar to those of Shell, with a similar warm color scheme choice of orange and yellow. Since orange is the color between these, RON's orange color could also possibly be a reference to Shell's Dutch origin. RON's logo is also very similar to that of Mobil 1, where the square logo has the company name on the top or side of it.

The orange on RON's logo could be influenced by Gulf Oil; a livery sponsored by RON available for the Retinue, Drift Yosemite, and Comet S2 are based around Gulf. The RON livery for the Sentinel Classic is based on the Fina BMW M3 E30 which is sponsored by Fina Oil.

The RON Alternates Wind Farm is based on the oil refinery and storage facility at the San Gorgonio Pass Wind Farm, owned by ExxonMobil and Southern California Edison since 1997.

RON have seven filling stations, six within Liberty City and another one in Alderney.

They also have several refineries and offices across Alderney: 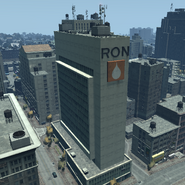 RON have eight filling stations, five within Los Santos, one in Los Santos County and another two in Blaine County. 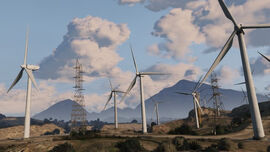 The RON Building at night. 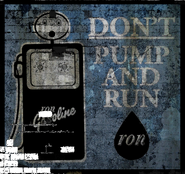 RON Aviation logo as seen on the Alpha-Z1 RON livery. 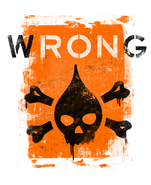