Go to Rotterdam Hill, then lose the cops

• ­Go back to your apartment.

"Shit! Get us out of here alive, Huang, and I'll marry you! Yes - I know about sarcasm."
―Ling Shan to Huang Lee when cornered by LCPD

Pursuit Farce is a mission in Grand Theft Auto: Chinatown Wars given to Huang Lee by Wu 'Kenny' Lee.

Huang returns to Kenny's restaurant in Cerveza Heights shortly after getting settled into his new apartment. Kenny sends Huang on an odd job errand, which is to find out why his "spies" haven't reported back to him from overseeing the cops spying on an exotic movie he is financing.

Kenny instructs Huang to take his car over to the shoot, as proof to his spies that Huang is his nephew, and that he sent him. Huang drives over to the movie shoot, where he is met by Ling Shan, Kenny's one and only spy. Surprised at Huang driving Kenny's car, Ling asks Huang, "Who the fuck are you?" to which Huang responds, "I am his nephew from Hong Kong. Huang Lee."

Ling gets into Kenny's car with Huang and explains the situation: she was overseeing the cops and the movie project when the police discovered, and ambushed her. Right after she says this, the cops return to the scene on hot pursuit of the newly-acquainted dyad. Huang manages to shake the cops, and completely lose his wanted level soon after the initial encounter. Huang then drives to his new safehouse in Cerveza Heights, close Kenny's restaurant. Ling agrees to return Kenny's car to him. Huang tries his luck with Ling, having being attracted to her since they met, but to no avail. Ling drives away, and the mission ends.

Uncle Kenny sent me on a stupid school-boy errand, but, then again, I did meet up with this girl - Ling Shan. She's nice - apart from the crappy attitude. How come every girl I know is permanently premenstrual? Maybe it's me? ...Nah. I'm way too cool.

Anyway, got chased by the cops, but managed to shake them off. Tried my chances with Ling, but 'no go'. Like I said, premenstrual. I just need to give it time. 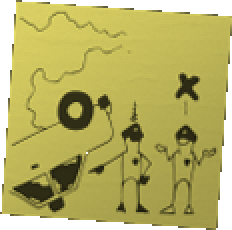 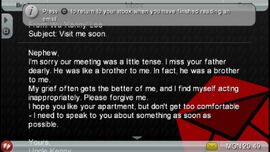 Uncle Kenny sends an email to Huang telling him to go to the restaurant as soon as possible. 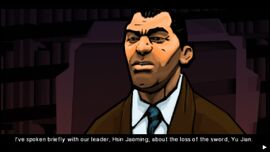 Kenny says he told Hsin about the loss of the Yu Jian Sword... 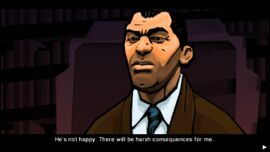 ... and it seems that Hsin is not happy about it and there will be consequences for him. 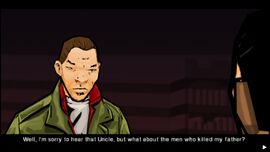 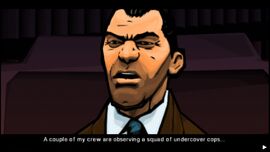 Kenny says a couple of his crew are observing a squad of undercover cops who are spying on an exotic movie he's financing... 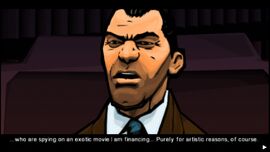 "Purely for artistic reasons, of course." 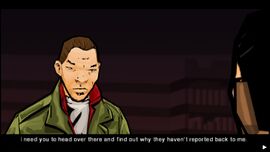 His crew has not yet reported to him, and Kenny tells Huang to go over there and see what happened. 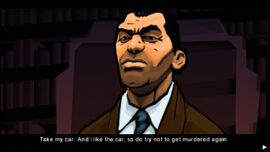 Kenny tells Huang to get his car outside, and says to be careful this time. 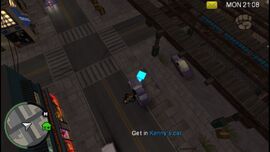 Huang gets Kenny's car outside the restaurant. 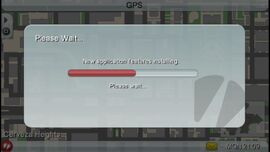 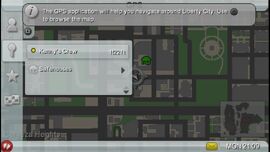 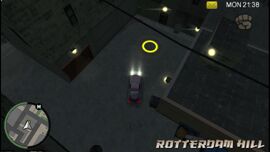 Huang arrives at the crew's hideout. 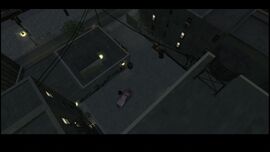 Ling Shan comes out of the hideout and goes to the car. 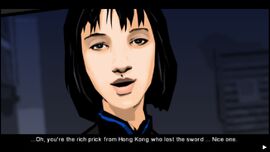 Then she meets "Kenny's rich nephew", who lost the sword. 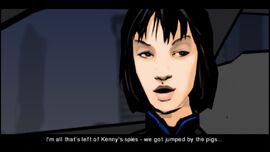 Ling explains what happened to Kenny's crew. She says they were "jumped by the pigs" 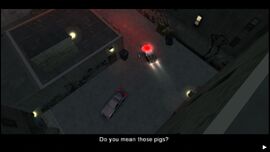 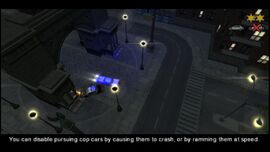 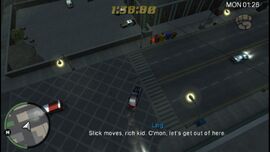 Huang manages to escape from the police. 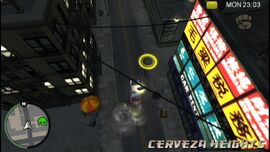 Huang arrives at his apartment in Inchon Avenue, Cerveza Heights. 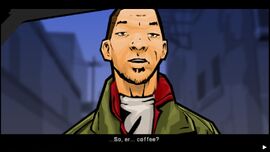 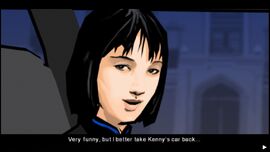 She refuses the offer and says she'd better take Kenny's car back. 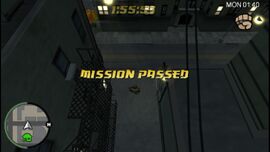 Retrieved from "https://gta.fandom.com/wiki/Pursuit_Farce?oldid=1273532"
Community content is available under CC-BY-SA unless otherwise noted.