In-game time
“Some Diablo scumbag has been pimping his skuzzy bitches in my backyard. Go and take care of things for me. If you need a piece go around the back of AmmuNation opposite the subway.”
— Luigi Goterelli

Pump-Action Pimp is a mission in Grand Theft Auto III given to protagonist Claude by Luigi Goterelli from his club in the Red Light District in Portland.

The reward for completion of the mission is $4,000. The mission The Fuzz Ball for Luigi Goterelli is unlocked and the pistol becomes available for purchase at Portland Island's Ammu-Nation. 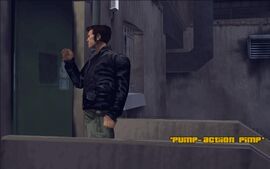 Claude arrives at Luigi's Sex Club 7 and knocks on the service door. 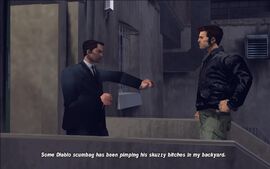 An angered Luigi bursts out of the door and notifies Claude of a pimp that is pimping out his own girls in Luigi's turf. 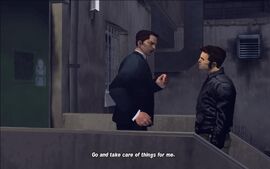 Luigi instructs Claude to kill them. 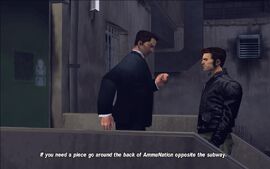 Luigi also notifies Claude that if Claude would need a gun, he could visit Ammu-Nation in the Saint Mark's district, opposite the subway. 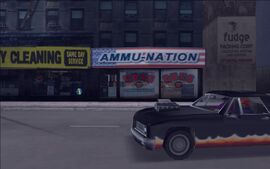 A cutscene showing the pimp driving past the Ammu-Nation in a Diablo Stallion. 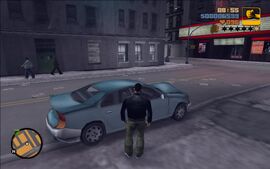 Claude going back to his car. 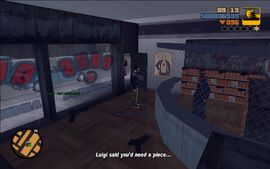 After arriving at the Ammu-Nation store, Claude is greeted by the clerk, who says that Luigi already told him that Claude may need a gun. 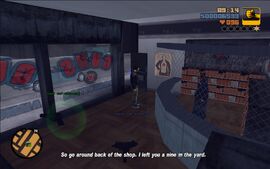 The clerk tells Claude that he placed a gun in an shooting range behind the store. 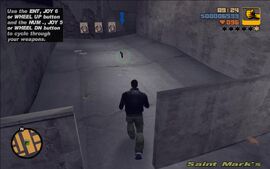 Claude going to pick the gun up. 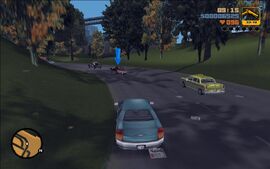 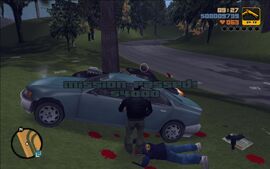 Claude killing the pimp after shooting his bodyguard. 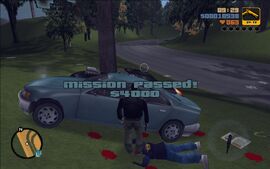 Claude picking up the Pistol