Drive Love Fist to the concert
Defuse the bomb

Kent Paul: "That psycho won't leave Love Fist alone!"
Jezz Torrent: "You didnae kill him man. And now he's back."
Kent Paul: "Yeah, yeah, yeah, and the thing is..."
Jezz Torrent: "The thing is, we need someone to drive the limo we can trust, cause that nutter keeps making threats!"
Percy: "I'm shitin' masel' man. I need ma ma!"
Dick: "We're all bricking ourselves, man."
Tommy Vercetti: "Okay guys, calm down, I'll handle this. Normally I wouldn't busy myself with driving around a bunch of drunken Scottish bisexuals, but, in your case I'll make an exception."
—Love Fist band informs Tommy that psycho somehow survived.

The psycho that was believed to be killed by Tommy somehow survived and has placed a bomb in the Love Fist Limo, which will go off if the Limo goes under 50 mph, meaning that Tommy has to drive over that speed for 1 hour 50 minutes (1 minute 50 seconds real time) until Love Fist defuses the bomb in the limo. Throughout the mission, on the top right side of the screen, a detonation bar will appear. If Tommy goes beneath a certain speed, it will fill up. If he goes above a certain speed, it will empty down. If the bar fills up completely, the limo explodes and the mission will end in failure. When the bomb is defused, Tommy drives Love Fist to their gig and after a cut-scene, the mission is complete.

The reward for completing this mission is $8,000. The Love Fist limo will also spawn outside the recording studio (except the original PS2 version). 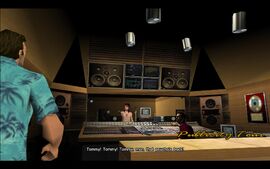 Tommy arrives at the V-Rock Recording Studio in Downtown to find the band and Kent Paul very distraught. They immediately tell Tommy that the The Psycho Tommy previously had to deal with is still alive. 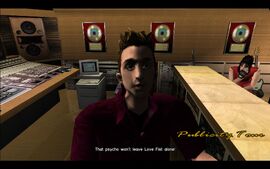 Kent also reveals that the psycho is threatening the band again. 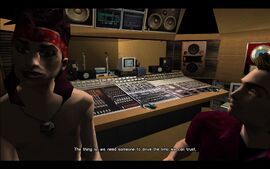 Jezz also tells Tommy that they'll need someone they can trust to drive their limo for them. 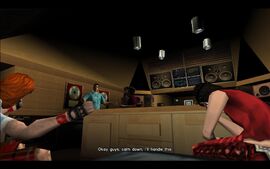 Tommy tells the band to calm down and assures them that he'll handle it. 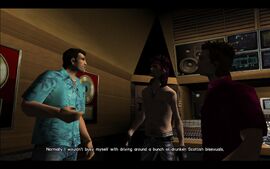 Before going out, Tommy jokes about driving Love Fist around once more. 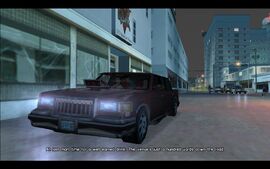 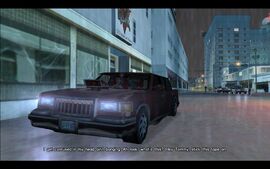 While grabbing something to drink, Dick finds a tape and asks Tommy to put it on. 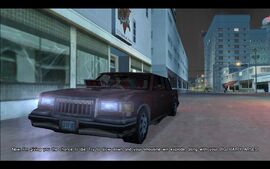 The tape is recorded by the psycho stalker, who reveals that the limo is rigged to blow if it goes slow. 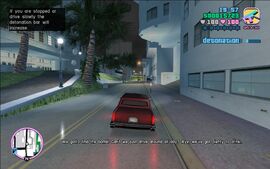 The band asks Tommy to drive around the city while they look for the bomb. 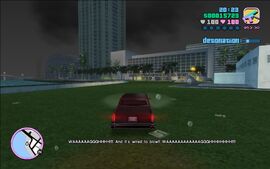 While Tommy drives around the streets of Vice City at high speeds, the band discover a pile of boomshine. After some closer inspection, they realise that the boomshine is the bomb that is wired to blow up if the limo slows down. 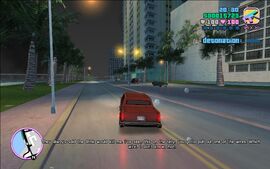 After some more time, the band decides that the only way they're getting out of the situation is if they cut one of the wires. 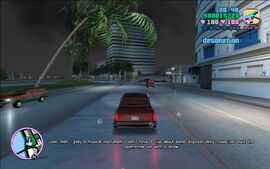 Percy does not agree with this idea and says that he has no idea which wire to cut and jokes that Willy could just drink the boomshine out if he does it with a straw. 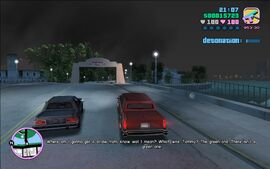 After some more time passes, the band keeps arguing about which wire to cut and decide to ask Tommy, who tells them to cut the green one, however Dick hesitates to cut it. 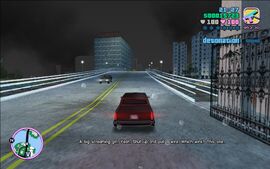 After some more time passes, Dick decides to finally cut the wire. 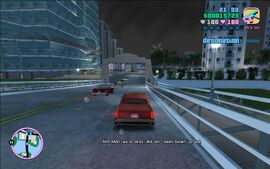 Dick cuts the wire and after a brief moment of horror, the band realises they're all alive. 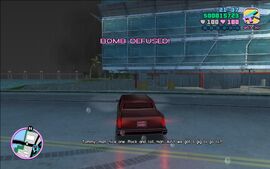 After the bomb is defused, the band celebrates by drinking the boomshine that was just about to kill them and blasting V-Rock on the radio. 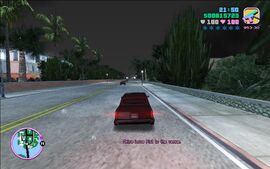 Tommy then has to drive the band to their venue. 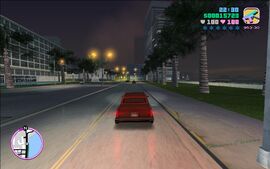 Tommy and Love Fist heading back to the venue in Downtown. 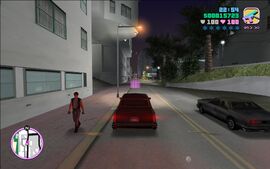 Tommy and Love Fist arriving back at the venue. 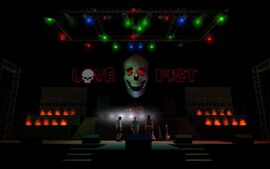 After Tommy takes the band to the concert, they hang out on the stage. 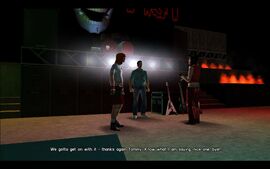 Tommy, Dick and Percy chatting on the stage before the concert. 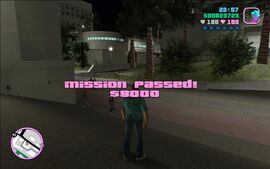 Tommy Vercetti with Dick and Percy at the concert