• ­Drive the limo to the signing event and try to draw the psycho out.

• ­Get the Psycho! Don't let him escape!

Psycho Killer is a mission in Grand Theft Auto: Vice City given to the protagonist Tommy Vercetti by the rock band Love Fist from their recording studio in Downtown, Vice City.

Kent Paul and a paranoid Love Fist band informs Tommy that a psycho killer wants Love Fist dead. Tommy drives in the Love Fist limo to Rock City where Love Fist plans to have a signing in order to draw the psycho out. When Tommy arrives, the cross-dressing psycho kills a security guard and blames Love Fist for ruining his life. The psycho escapes in his Sentinel as Tommy pursues him. Tommy eventually chases him down and seemingly kills him, completing the mission.

The reward for completing this mission is $4,000 and the mission Publicity Tour is unlocked provided the mission Hog Tied for Mitch Baker has been completed.

The psycho killer making his move.
Add a photo to this gallery 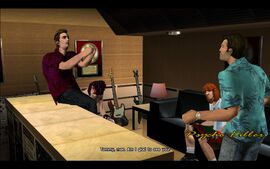 Tommy arrives at the V-Rock Recording Studio in Downtown and is greeted by Kent, who says he's incredibly glad to see him. 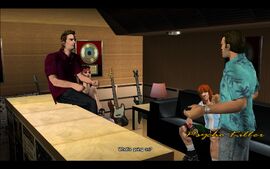 Tommy is confused by Kent and asks him and the band why they're so worried. 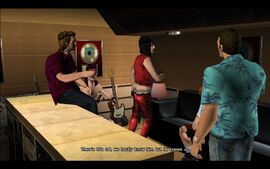 Tommy is informed that there's some sort of a stalker who knows Love Fist very well and refuses to leave them alone. 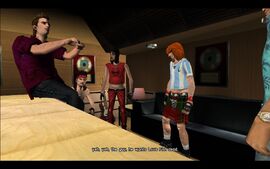 Kent tells Tommy that the stalker they're talking about also wants the band members killed. 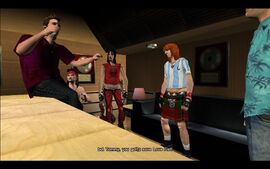 Kent and the band then hire Tommy to serve as a bodyguard and protect them from the psycho killer. 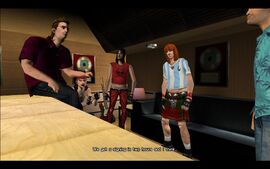 Kent informs Tommy that the band has a signing in two hours time and they reckon that the psycho will be present. 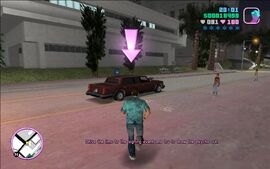 Tommy then has to drive the Love Fist limo to the signing and draw the psycho out. 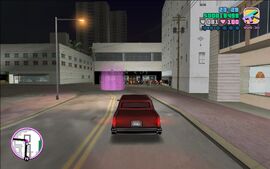 Tommy arriving at the signing, which is taking place just down the road from the recording studio. 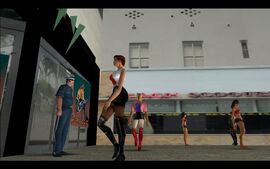 A line of women enter the records store one by one. 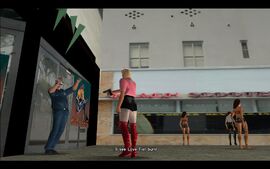 Suddenly, the psycho, who has disguised himself as a woman pulls out a pistol and shoots the security guard at the door dead. As the psycho shoots the guard, he says that he'll "see Love Fist burn" and that the band ruined his life. 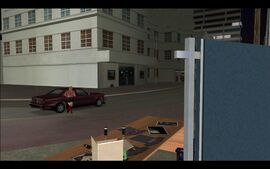 After making this threat, the psycho quickly retreats to his Sentinel. 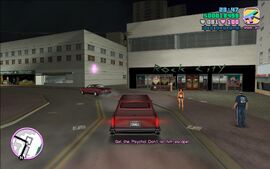 Tommy then has to go and take care of the psycho and make sure he doesn't ever bother the band anymore. 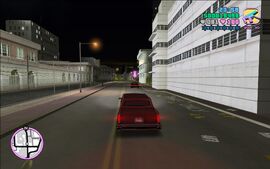 Tommy chasing the psycho killer through the streets of Vice City. 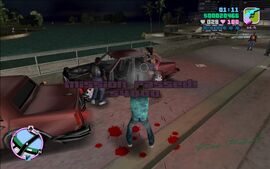 After cornering the psycho, Tommy shoots him. 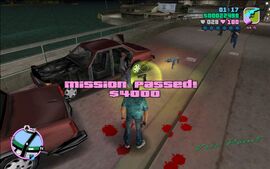 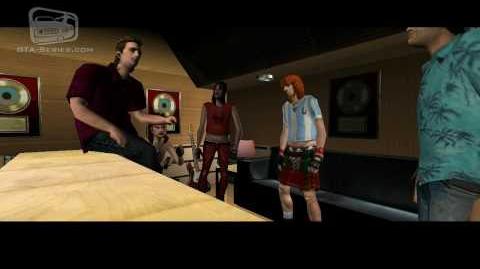 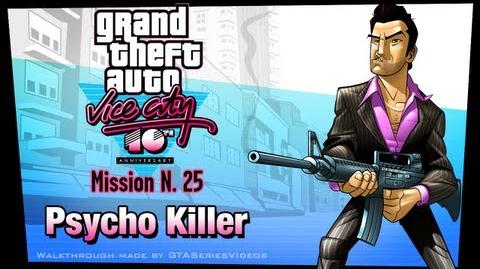 Retrieved from "https://gta.fandom.com/wiki/Psycho_Killer?oldid=1208660"
Community content is available under CC-BY-SA unless otherwise noted.