“A global sportswear brand that pioneered the outsource-to-child-labor-and-sell-at-a-10000%-markup business model.”
— Description at LCN.com.

ProLaps, also stylized as Pro-Laps in Grand Theft Auto: San Andreas, is a sportswear and sport equipment manufacturer which appears in the 3D Universe and HD Universe. The player can buy stocks from them in the Lcn-exchange.com website in Grand Theft Auto V.

In Grand Theft Auto: San Andreas, there are two ProLaps stores in the state of San Andreas that are accessible to CJ where they can purchase various sporting outfits and accessories. The interior of the store features a wooden floor, several shoe boxes and clothing on display (such as clothing worn by pedestrians and purchasable clothing). The radio station playing inside is CSR 103.9. Pedestrians thought the game also wear ProLaps clothing. Particular Ballas and Aztecas models wear purple and black (respectively) jackets bearing the ProLaps "arrow" on the back. Da Nang Boys member wears a black shirt with the ProLaps logo imprinted on the back as well.

In Grand Theft Auto: Liberty City Stories, the Biker gang members seen in Avenging Angels side missions and in Maria Latore's mission string wear ProLaps t-shirts, and a billboard for the store is found in Chinatown, Portland. However, no stores are found within the game.

In Grand Theft Auto IV, ProLaps still exists, but no stores are accessible to Niko Bellic and clothing by them cannot be worn. During The Ballad of Gay Tony, ProLaps is shown with an expanded product line, including fighting gloves (as seen in "Momma's Boy"), parachutes, golf clubs and golf carts. Luis' fight club tee is also implied to be produced by ProLaps.

In Grand Theft Auto V, it is one of the brands featured in Sub Urban stores, and clothing and accessories are available for the player. In all HD Universe games, pedestrians, particularly joggers and sports players, are found wearing ProLaps clothing.

The company appears to be based on Reebok with influences of Adidas, Asics and Nike. A ProLaps livery available on the Cheburek suggests that the company may be primarily based on Adidas, as it features two stripes parodying Adidas' three while the ProLaps logo resembles that of Adidas, this is also a reference to the uniforms Adidas provided to the Soviet Olympic team in 1980 which only had 2 stripes. It should be noted that Adidas acquired Reebok in 2005 and has operated it as a subsidiary since then. The Prolaps "Kicks" sports shoes purchasable by GTA Online characters also bear a strong resemblance to the Nike Cortez shoe.

The range of outfits available at ProLaps stores is as expected for a sporting outlet. The vast majority of items on sale are sports-related, including specialized accessories and attires, and uniforms for specific sporting teams based in San Andreas. Most items on offer at ProLaps are priced at a moderate-to-high amount to reflect their high-performance nature; notably, watches from ProLaps are significantly expensive and are the most pricey items in the store.

ProLaps is also the only store that offers motorcycle helmets (three types in total), all of which are listed under the "Hats" section; like other hats, the helmets are designed to be worn at all times but offer no extra protection to the player. The Pickelhaube-like "Helmut" in particular is compatible with the biker outfit set available at Victim. 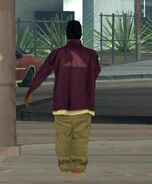 A ProLaps outlet (among other advertising) in The Triangle. 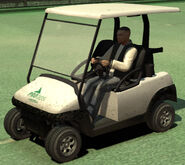 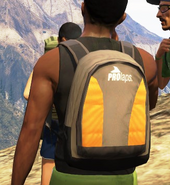 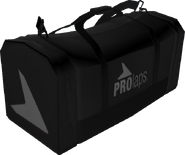 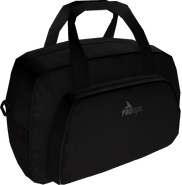 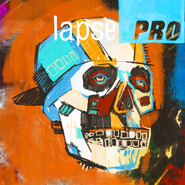 Steadfast, a painting by Fortune at The Diamond Casino & Resort.