Preston Pecinovsky is a criminal residing in Liberty City in 2008.

He is wanted by the Liberty City Police Department for credit card fraud. He hides out at Coxsack Avenue in Northern Gardens, Bohan. Pecinovsky can be killed by Niko Bellic.

His appearance is that of a generic Albanian gang member sharing his character model with Albanian mobster, Kalem. He wears an Albanian Biker Jacket. He may also appear with it when killing him. He hangs out with his gang and attempts to flee in an Emperor at the first sign of Niko, leaving his gang to cover his escape. 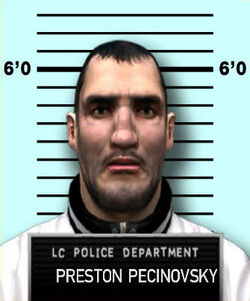 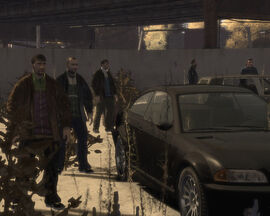 Dressed as per his mugshot. 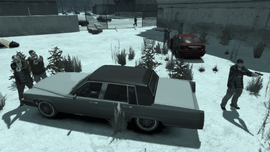 Alternative appearance (2nd from left) with his four associates identical to his mugshot.